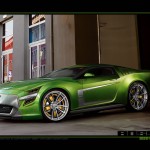 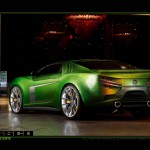 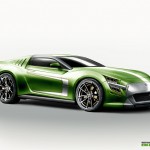 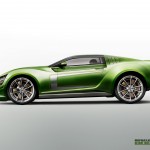 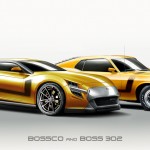 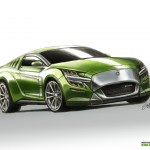 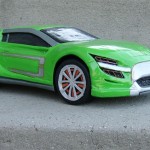 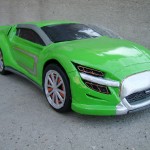 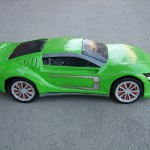 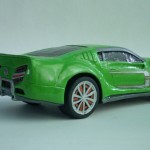 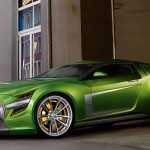 For reasons we just can’t quite wrap our heads around, a Hungarian designer named Tamás Jakus decided to imagine what it might look like if the current Chevrolet Camaro and Ford Mustang were smashed together into one car. The result, seen above, is something Jakus calls the Jakusa Bossco Concept.

Now, if this were just some random sports car design concept, we wouldn’t have any problem with this ride. In fact, from a couple angles, it’s almost decent-looking. But imagining this car could be related to either the ‘Maro or the ‘Stang, or worse, that it would be the offspring created by breeding the two…it’s just wrong. Even worse, while Jakus imagines a 600 horsepower engine under the hood, he’s thinkin’ of a V6—ugh!

Thankfully, the Jakusa Bossco is strictly a design concept, and doesn’t exist in the three-dimensional world in any form larger than a shoebox. Here’s hoping it stays that way…at least as long as Jakus keeps calling it a Mustang/Camaro hybrid! [Shout-out to Tamás Jakus and egmCarTech!]