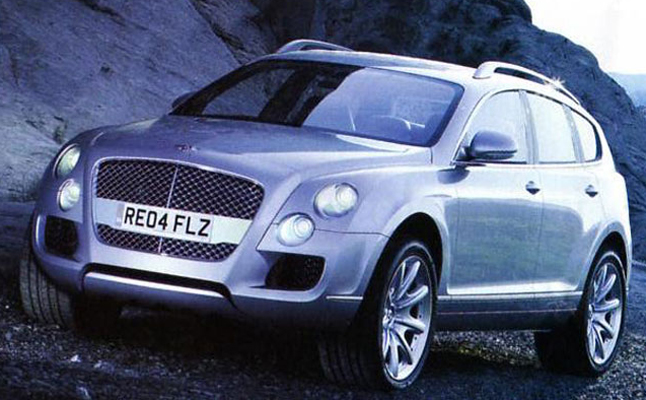 It’s official—Bentley is steppin’ into the sport-ute world! Bentley CEO Wolfgang Dürheimer gave up the info to Germany’s Auto Motor und Sport magazine, telling them he sees a lot of potential in the segment—especially in places like America, where sport-utes are still popular in the face of a bad economy and rising gas prices.

Given Bentley is part of the Volkswagen Group, which loves to share platforms between different models, we’re betting the new Bentley SUV will be based on the same chassis as the Porsche Cayenne—which, oddly enough, will probably be one of its main competitors. (After all, how many $100K+ sport-utes can you think of?)

Still, the VW Group usually does a good job putting some room between their products, so we’re thinking the Porsche will stay sporty and the Bentley will go super-lux. It’ll probably spell trouble for Range Rover and Aston Martin’s Lagondas, though. [Shout-out to Auto Motor und Sport!]

Pictured above: Artist’s concept of a Bentley SUV.

2 Responses to “Bentley Gettin’ Into The SUV Game”