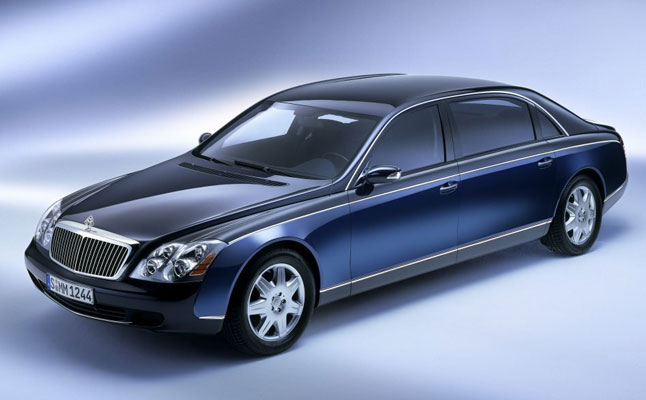 While they’ve managed to successfully carve out a name for themselves as a ride of choice for players all around the world, Mercedes-Benz’s Maybach division isn’t doing so hot where it counts—on the balance sheet. The division’s sales are in the tank (they only sold 63 cars last year in the U.S., and only 66 here the year before that), and the car maker is still selling the same basic whips it was when it was reborn nine years ago. Those numbers don’t cut it in this day and age, and mechanicals that old don’t cut it when you’re selling cars that start north of 300 stacks. So Maybach needs to change—and right now, there are three potential ways things could go.

The most exciting way involves a partnership with Aston Martin; under this arrangement, currently being discussed by Mercedes and Aston, Aston Martin would build the next-generation Maybach for Mercedes, likely in exchange for some of Mercedes-Benz’s engines or powertrain technology. (Aston has reportedly already built four concepts designs for a future Maybach based off the new S-Class that’s scheduled to debut soon.)

If that falls through, there’s a chance Mercedes-Benz might choose to keep Maybach around as a new trim level, instead of as a separate model line. In this situation, Maybach would serve as a more luxurious counterpart to AMG, where Mercedes models would use the Maybach name for their top-of-the-line vehicles.

Finally, there’s also a good chance that Mercedes could just axe the Maybach name if they think the brand is more trouble than it’s worth. The final decision should come at the Daimler (Mercedes-Benz’s parent company) board meeting at the end of July. But if you wanna keep on seeing Maybachs on the streets and in music videos, letting Mercedes know how you feel wouldn’t be a bad idea! [Shout-out to Automotive News!]