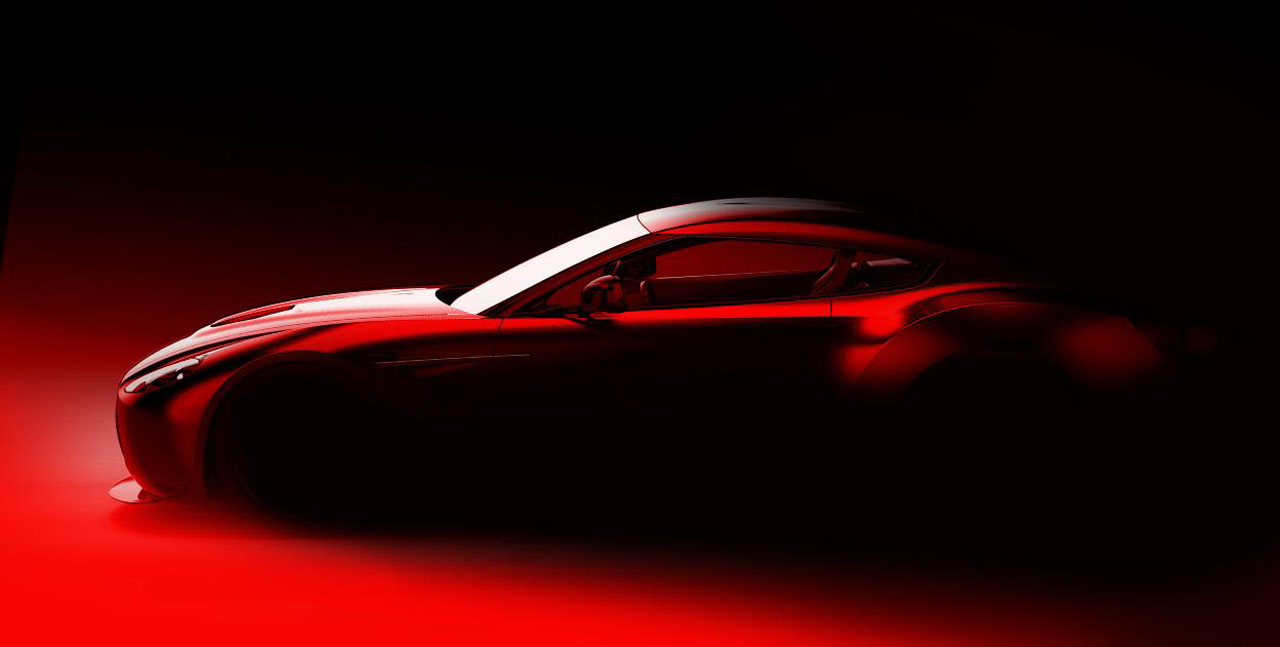 Aston Martin already has a solid rep for making some of the finest looking rides in the sports car game, but when they want to drum up something even more exotic than their usual models, they turn to coachbuilder Zagato. Last decade, Aston and Zagato teamed up to build such sexy machines as the DB7 Zagato, the DB AR1 and the Zagato Vanquish Roadster; now they’ve reunited for a new model that—if the official preview drawing above is any indication—will soon be poppin’ eyes and droppin’ panties.

The car is due to be revealed at the Villa D’Este Concours in Italy on May 21st, then will head off to Germany’s famous Nürburgring race track for some racing action. If people like the car, Aston Martin will bring it to market next year. While Aston Martin’s not saying what’ll be under that Zagato skin, we hear it’ll be based on the bangin’ V12 Vantage—which means at least 510 horsepower under the hood. All that’s left now is to see what it looks like! [Shout-out to Aston Martin, Teamspeed!]

• Aston Martin and Zagato first collaborated on the DB4GT Zagato; later debuted in race car form at Goodwood in 1961

Wednesday 11th May: Gaydon. Aston Martin announces an exciting new collaboration with renowned Italian design house Zagato in the 50th anniversary year of the iconic DB4GT Zagato. The first product of this renewed working partnership will be shown for the first time at the famous Villa D’Este Concours on 21st May 2011, with a racing debut at Nürburgring later in the month.

Aston Martin and Zagato have enjoyed a long and fruitful relationship since their first collaboration which culminated in the production of the now iconic DB4GT Zagato 50 years ago.

Dr. Ulrich Bez, Chief Executive said: “The DNA of both Aston Martin and Zagato has combined successfully to make some of the world’s most desirable collector cars in the past and in this special anniversary year of the DB4GT Zagato it is appropriate to explore a modern collaboration.

“Now is the right time for a new Aston Martin Zagato and in combining our design intelligence I think we can create something fitting of the iconic DB4GT Zagato that has gone before and since established itself as one of the most famous Aston Martins of all time.”

Work on the new Aston Martin Zagato collaboration is well under way with an initial concept to be presented at the Villa D’Este Concours in May to gauge initial customer reaction with a view to a production car following in 2012.

Aston Martin Design Director, Marek Reichman added: “Our designers are able to collaborate with a broad spectrum of organisations and individuals to seek new and exciting ideas and inspiration due to Aston Martin’s independency. “Working with Zagato again in 2011 is inspirational for the team – certainly DB4GT Zagato is one of my favourite ever designs as it is with many of the designers in our studio. We can create a truly modern Aston Martin interpretation which stays true to the historical routes of the relationship with Zagato.”

The first partnership between Aston Martin and Zagato came to fruition in 1961 after Aston Martin sought to remove even more weight from the very special DB4GT. In the search of an ever lighter and higher performance version, Aston Martin approached Zagato, a company renowned for such projects. Managing Director, Elio Zagato and Technical Director Gianni Zagato along with a talented team managed to draft the main designs of the DB4GT Zagato in just one week.

After previewing the car late in 1960 at the London Motor Show to great acclaim, Aston Martin began taking orders from customers and production of this exclusive car began in 1961. Of the original 19 DB4GT Zagato built, all still survive and are held in pride of place within some of the worlds greatest car collections. The first car built and used to unveil to the public was later was raced extensively beginning with its debut at Goodwood in 1961.

Of all of the DB4GT Zagatos, three were built to a lightweight racing specification designated within Aston Martin as DP209 (Design Project Number). Among these were perhaps the two most famous DB4 GT Zagatos, ordered by the Essex Racing Stable and registered as ‘1 VEV’ and ‘2 VEV’. These cars were raced successfully by great names such as Jim Clark and Roy Salvadori. In tribute to this racing heritage the product of this great partnership in 2011, 50 years on, will be campaigned in endurance racing, commencing at the Nürburgring on 28th May.

25 years after this first collaboration between Aston Martin and Zagato the two companies joined forces again in 1986 to design and build a limited number of the V8 Vantage Zagato and then later the V8 Zagato Volante. The former of the two cars, based upon the highly acclaimed V8 Vantage, was heralded as one of the most dynamic Aston Martins offering performance figures of 0-60mph in 4.8 seconds and a top speed of 186mph (300 kph).

A more recent project took place with the design and production of the DB7 Zagato. Launched to the world at the Paris Motor Show in 2002 with production following in 2003; 99 examples were built for sale with number 100 kept by Aston Martin. Further to the announcement of the DB7 Zagato a great deal of interest was shown by customers in the USA for a version suited specifically to the climates of Florida and California and thus the collaboration extended to an identical number of DB-AR1 (American Roadster 1) being produced. Similar in styling to the DB7 Zagato but built as a pure two-seat roadster with no roof the DB AR1 answered this demand perfectly.

50 years on from the first meeting of the two companies the new collaboration from Aston Martin and Zagato will be shown for the first time at the Villa D’Este Concours held on the shores of Lake Como Italy on Saturday 21st May 2011.