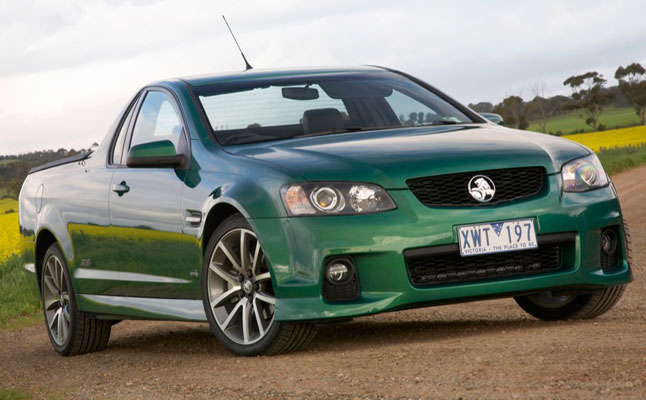 If your old El Camino has been pretty much driven into the ground but you can’t find a decent new whip to replace it with, your troubles may not be long for this world. General Motors may soon begin importing a new rear-wheel-drive pickup car from The Land Down Under.

According to GM North America president Mark Reuss, increasingly strict fuel economy standards and rising gas prices might result in GM bringing the Holden Commodore Ute (a two-door pickup version of the same sedan that serves as the basis for the cop-only Chevy Caprice and the deceased Pontiac G8) over to the United States.
“I’ve lived in Australia and I’ve seen where fuel prices are $5 a gallon,” he said. “Lots of tradesmen will use a ute with a tray on the back to do lots of different things. They don’t need the [capability] of a big pickup truck.

We think bringing utes, as the Aussies call them, to the U.S. is a fine idea. Not only would it mean fewer fuel-gulping trucks on the road, but utes are built for stuntin’. Don’t believe us? Head over to YouTube and search for “ute burnout,” and you’ll see what we mean. [Shout-out to Automotive News!]