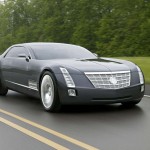 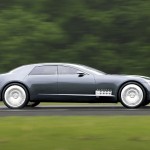 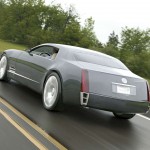 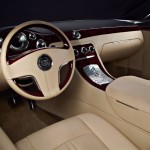 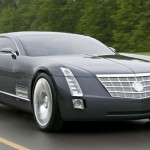 Look out, Rolls-Royce, Bentley and Maybach, because Cadillac wants to do battle. Supposedly, General Motors luxury brand wants to make their way into the super-luxury sedan market—and they’re specifically taking aim at the Rolls-Royce Phantom, according to Car and Driver.

While Caddy’s Phantom are still in the very early stages and may never reach the streets (it’s not like similar plans haven’t fallen through before, as the 2003 Cadillac Sixteen sedan concept seen above proves), Cadillac may still make a move for the big sedan market. The only reason the super-luxury Rolls-Royce competitor is being considered is because it would share a platform with a rear-wheel-drive competitor to the Mercedes-Benz S-Class and its ilk…and that car is much more likely to see production. If all goes according to plan, the latter car should reach production in 2014, powered by six- and eight-cylinder engines. Time for Cadillac to show us what they got! [Shout-out to Car and Driver!]