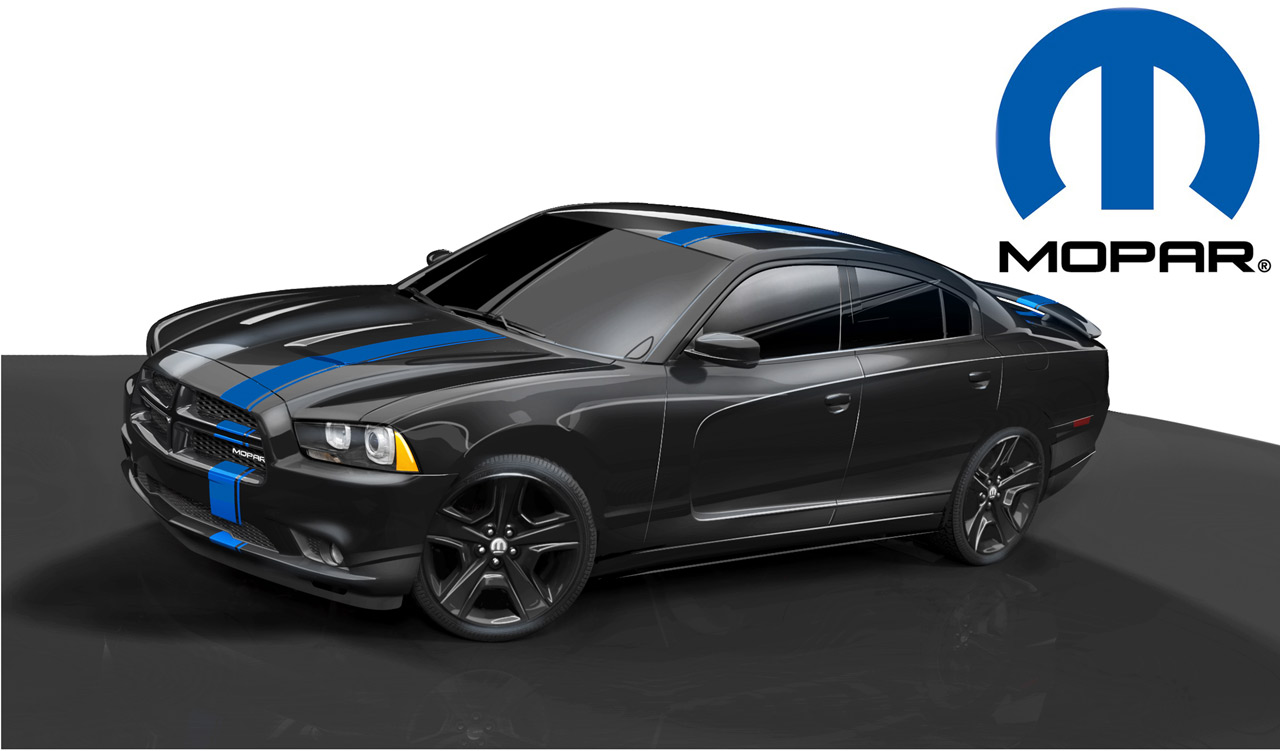 Our love for the Dodge Charger is well-known by now, and it’s only grown since the sleek sedan gained a style refresh and improved motors for the 2011 model year. But much as with the Charger’s cousin, the 300, Chrysler knows people love to modify and tweak their Chargers—and much as with the 300 S Concept, Dodge is offering up their take on ways to personalize the Charger with the new Mopar Edition.

Unlike the 300 S, the Mopar Charger will be available for sale, though likely not in large quantities (the last Mopar Charger was restricted to 500 examples). For now, we only have this sketch to stare at, but based on the black-and-blue paint job, the new Mopar Charger will look quite good on the streets. Chrysler promises “even more performance” from the car; to find out exactly what that means, we’ll have to wait until the car’s official debut later this month. [Shout-out to Chrysler!]

“After the success of our Mopar ’10 Challenger, we moved on to the iconic Dodge Charger and added even more performance,” said Pietro Gorlier, President and CEO of Mopar, Chrysler Group’s service, parts and customer-care brand. “As a new company, we will continue to leverage the heritage of the Mopar brand at every turn.”