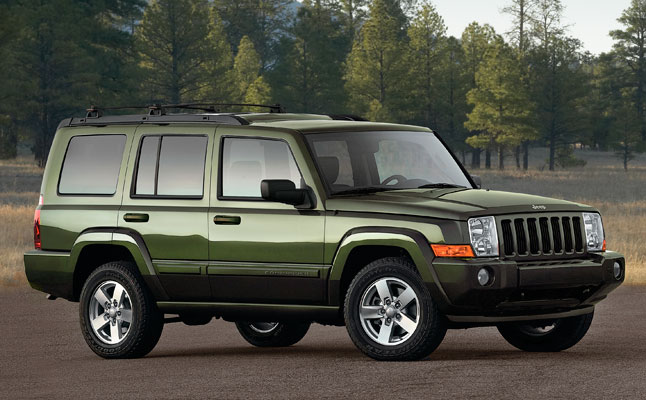 If history had gone a little differently, it seems, one of the early issues of RIDES might have featured a story on a limited-edition Jeep Commander built in conjunction with none other than the rapper formerly known as Shawn Carter.

Back in 2005, musician and marketing consultant Michael Berrin (a.k.a. MC Serch) came to Chrysler on Jay-Z’s behalf, and convinced the car maker’s Mopar division to build a Jay-Z Jeep Commander. The Jay-Z Jeep would have worn the rapper’s eponymous shade of blue, 22″ rims and cream leather, and would have come with Jay-Z’s complete catalog pre-loaded on the music player’s hard drive.

However, the project encountered some resistance from Chrysler’s executives in Mopar, who reportedly had trouble getting past the stories of Jay and his hard-knock life growing up in the projects of Bed-Stuy. Nevertheless, Chrysler decided to go for it…until they changed their minds a week before Jay-Z could sign the papers, because Mopar had ultimately decided associating themselves with Jay wasn’t in their best interests.

Since then, of course, Chrysler has done plenty to make amends with the hip-hop community, from their masterpiece Super Bowl ad featuring Eminem to their commercial featuring Snoop Dogg and former Chrysler head Lee Iacocca. (Actually, that last one may have been less an attempt to win favor with rap fans and more an attempt to win the “most random ad of all time” award.) As for Jay, well, he ended up getting his Jay-Z blue SUV after all—it just happened to be a GMC Yukon Denali. [Shout-out to The New York Times!]