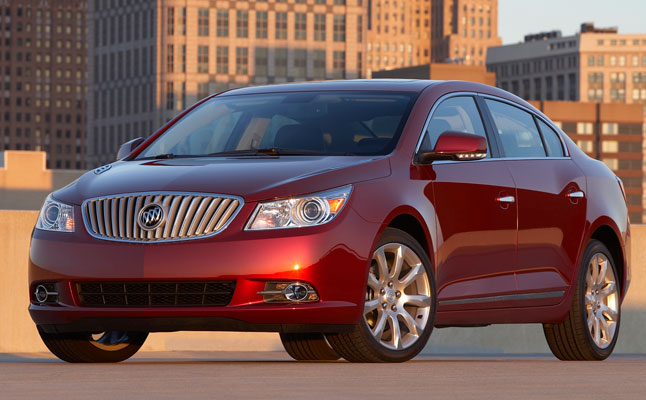 That’s right, everyone: Long the red-headed step child of the luxury car world here in the United States, Buick has made a Rocky-like comeback in 2011, outselling Lexus, Mercedes-Benz, Acura and Audi (among others) in the U.S. the first two months of the year. The only major luxury car company to beat Buick was BMW, who outsold them by only 800 cars.

When asked about it, Lexus blamed their low sales this year was because they didn’t keep enough new cars on their lots, since they anticipated sales would be slower than they have been so far in 2011. Buick, on the other hand, has kept a solid supply of their models on hand, and their showrooms contain two of the best-looking American cars out there (the LaCrosse, pictured above, and the new Regal). Here’s hoping this surge of popularity for Buick will convince the suits at General Motors to build a new Grand National…[Shout-out to Kicking Tires!]