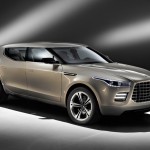 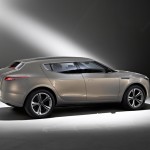 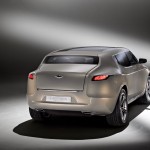 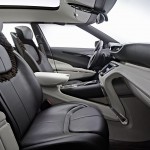 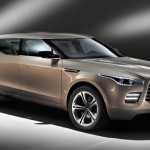 If you’re the kind of guy who’d be willing to drop 500 stacks on a factory-fresh SUV, your options today are pretty much nil. However, Aston Martin may have something for you coming down the line soon enough. The sports car maker’s big man, Ulrich Bez, announced that Aston Martin would be resurrecting their Lagonda sub-brand in order to sell a lineup of super-luxury SUVs—with price tags ranging from $160,000 to almost $500,000.

The four-wheel-drive Lagondas will be primarily aimed at up-and-coming luxury car markets such as Russia and China, where roads can be rough and the weather inhospitable to sports cars. Aston will even offer armored versions in case owners are worried about finding themselves staring down the bad end of a gun on a frequent basis. We’re down for an Aston Martin-built SUV or two, we just hope they don’t draw too much inspiration from the Lagonda concept they showed off three years ago at Geneva (above). We’re thinkin’ something more like a BMW X6 with Aston DBS styling would be appropriate. [Shout-out to Autocar!]

One Response to “Aston Martin To Build Super-Luxury SUVs”