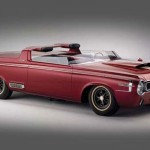 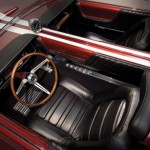 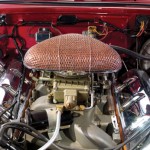 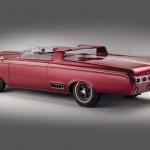 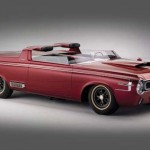 Anyone who wants a Charger that’ll really stand out of the crowd ought to head to Automobiles of Arizona on January 21st, when RM Auctions will be tossing this one-of-a-kind whip on the block. The 1964 Hemi Charger Concept was the first Dodge to ever use the now-famous name, and was designed to show off the company’s then-new 426 cubic inch Hemi V8. This Charger doesn’t just pack any 426, though; the engine under the hood is one of 15 original racing Hemis, and makes more than 600 horsepower. A 3-speed automatic transmission, four-wheel hydraulic drum brakes, 4.56:1 rear axle, independent torsion bar suspension up front and semi-elliptic leaf springs in the rear round out the specs…but everyone you meet’ll probably be too busy staring to hear you talk about it.

Of course, considering the car’s value, whoever ends up buying it’ll probably just lock it away in his or her private museum and never drive it, which seems like a shame. If you want to keep this ride out on the road where it wants to be, though, you’d best bring plenty of cash—last time the Hemi Charger Concept went on the market back in 2007, it ended up going for $1.1 million. [Shout-out to Carscoop!]