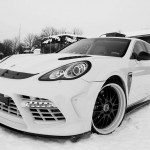 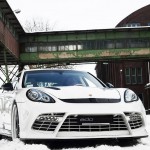 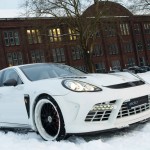 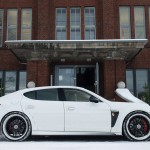 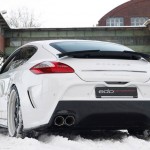 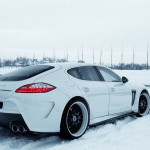 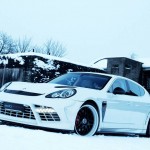 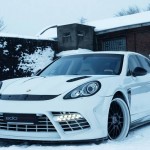 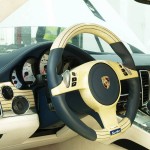 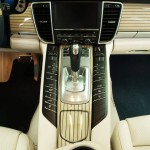 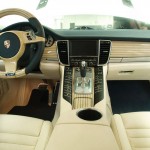 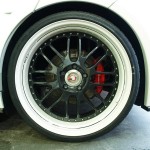 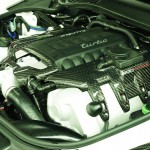 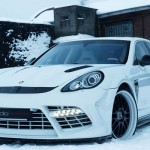 We seriously dig the Porsche Panamera in these parts (especially the 500 horsepower Turbo version), so when we caught a glimpse of Edo Competition’s version, our jaws almost hit our keyboards. According to Edo, nearly two years was spent developing the car; in large part, the time was spent tweaking and improving the V8 until it makes 750 horsepower. With this improved motor, the Edo Panamera tops out at 211 miles per hour.

Of course, such a sweet machine requires some extra visual pop, so Moby Dick (as Edo calls the car) was fitted with a Mansory body kit; 22″ rims and an electronic lowering module help give the car an even better stance than the stock Panamera. The interior was fully upgraded, as well, so you feel just as good chillin’ inside Moby Dick’s guts as you do staring at it when it’s parked in your driveway. [Shout-out to Edo Competition!]