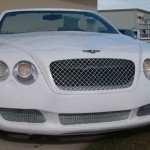 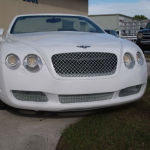 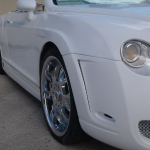 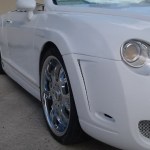 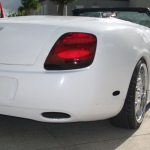 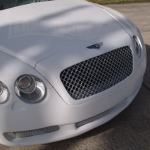 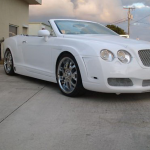 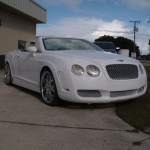 If you want to impress the neighborhood by cruisin’ around town in a Bentley Continental convertible but don’t have $200,000 or so on hand to drop on a new one, you might want to consider this replica. Built by Exotic Fiberglass Designs of Florida, this Bentley is as real as those Rolexes they sell in Chinatown—but it’s close enough to the real thing that it’ll probably fool most people out there. (At least, the ones who don’t know much about whips.)

The car’s based on a 1996 Chrysler Sebring; according to the car’s eBay listing, $36,000 has already been sunk into making this Chrysler look like a Bentley. All the car needs to be completed is some new upholstery on the seats, a new convertible top and an original Bentley dash console. It may not be the real thing, but at around one-tenth of the price of the genuine article, this fake Bentley doesn’t need to be. [Shout-out to eBay!]

One Response to “Bentley? Nah, Son —That’s A Chrysler”