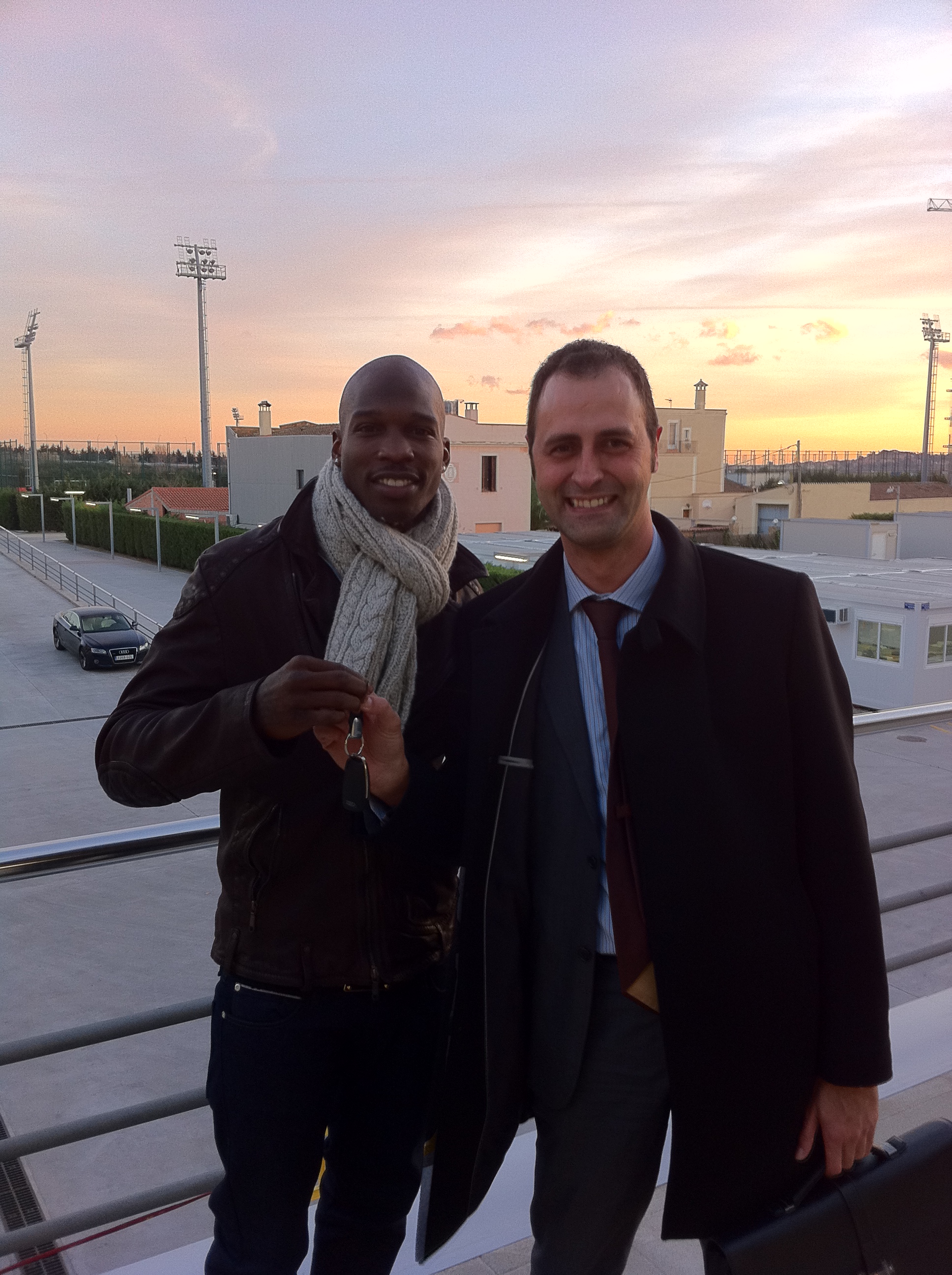 Cincinatti Bengals wide receiver and Twitter fiend Chad Ochocinco already has the means to afford pretty much any car in the world; when we profiled him in our May 2010 issue, he showed off his Lamborghini Murciélago Spyder, Rolls-Royce Phantom Drophead Coupe, and Freightliner SportChassis P2, while also copping to owning a Phantom sedan, a Hummer and no fewer than four Donks. (He may even own a Bugatti Veyron, judging by a tweet he let out last year.)

But when you’re famous, people love to throw freebies your way, and car manufacturers are no exception. During a visit to the Barcelona soccer club in Spain, Ochocinco fired off a couple tweets about how common Audis were among the professional soccer players—and in exchange, Audi gave him a free car. (The picture above is Audi rep Xavi Aguilar handing him the keys.) Giving away cars to NFL players seems to be sort of a habit for Audi—they’ve given New England Patriots QB Tom Brady at least two (though the second, a 2011 A8, was a replacement after his 2009 S8 was in a crash). [Shout-out to Jalopnik!]