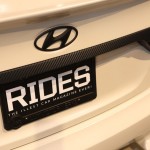 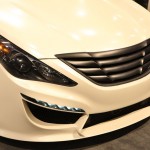 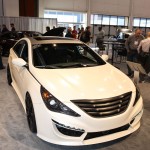 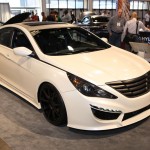 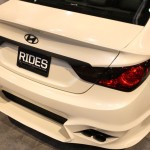 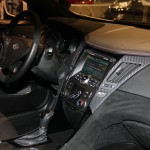 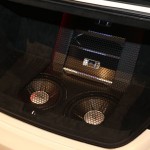 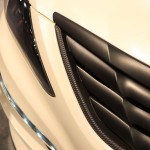 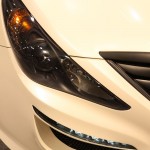 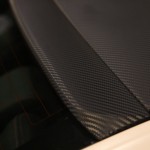 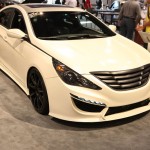 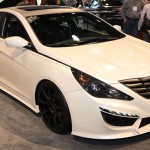 We had high hopes when we teamed up with Hyundai to build a RIDES-spec version of their Sonata Turbo, and while we don’t wanna brag too much, we think we pulled it off nicely. Pulling inspiration from the sleek Mercedes-Benz CLS, we tricked out the car with a custom bodykit that gives the family sedan plenty of new swagger.

Of course, as anyone who’s seen the System section of our magazine knows, pumping out the sound is always important to us, so a pair of 12″ subwoofers in the trunk was a natural choice. (We’re hoping we can sneak the car out of the show tonight for some bumpin’ along the Strip.) Check out the press release below for more details.

To build excitement around the recently launched 2011 Hyundai Sonata Turbo, Hyundai Motor America teamed up with RIDES magazine to trick out one of the first turbos off the assembly line of its Alabama plant. Inspired by the Mercedes CLS, the modified Sonata 2.0T features an assortment of custom fabrication from RIDES’ team of expert builders.

To complete the design, the RIDES team reupholstered the entire interior in a combination of black leather and suede with red stitching, along with integrating carbon fiber trim throughout. In the trunk there are two JBL 12-inch subwoofers paired with two JBL amplifiers. To finish things off, a custom quad tip exhaust was installed out back, while an S-Max front mount intercooler replaces the factory unit up front, ensuring that this build incorporates both go and show.