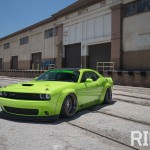 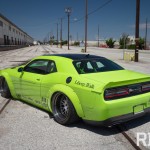 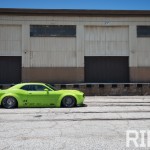 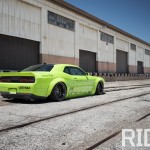 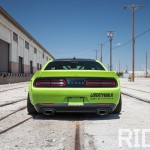 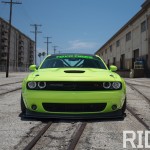 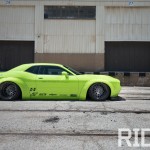 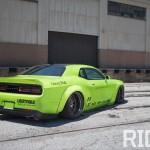 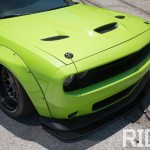 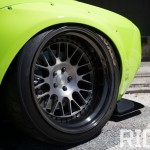 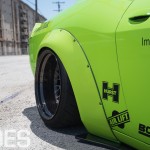 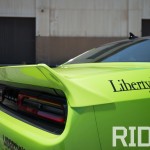 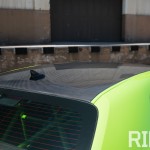 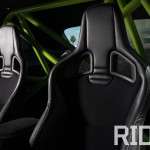 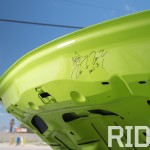 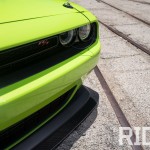 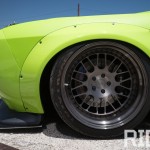 Since their conception, cars have always fit nicely into their segments: coupes, sedans, convertibles and so on.
However, when the streets got their hands on them, those segments began to evolve and lines blurred to the individual tastes of the owners. Take Dylan Coleman’s 2015 Dodge Challenger R/T Scat Pack, which not only crossed automotive genres but crossed oceans as well, bringing together the best of Japan and the United States.

Having been into cars since a young age, Dylan has always had eyes for European cars, specifically BMWs. In fact, this Challenger marks not only his first non-European car but his first non-BMW, too. “In January of 2015, I was told by one of my good friends, the owner of LTMW, that he had the very first Liberty Walk kit on order in the entire nation,” says Dylan. “When I thought about the project, it was kind of different.” Ultimately, Dylan decided that, although different, this was a project he wanted to take on, so he took delivery of his Challenger in February of this year.

With the first Liberty Walk Challenger kit in the nation waiting idly by from Japan for the Challenger’s arrival, no time was wasted. “The day I got it, we took the wheels off, took out the interior and started stripping and cutting the car up,” says Dylan. Though the famous Liberty Walk styling was to become the focal point of the Challenger, the plan was always for the engine to be upgraded alongside the rest of the car. “We were looking to have someone supercharge the engine; I chose the 6.4-liter V8 as opposed to the 6.2 supercharged V8 the Hellcat has, because I felt that anyone can go out and buy the Hellcat if you have the money for it, but I wanted to build something bigger and better,” says Dylan. Unfortunately, the plan has proven ambitious at this time, at least until technology catches up to demand and someone comes out with a supercharger.

Despite having to put part of the initial plan on hold, the car’s reception has been overwhelmingly positive. “You have your older generation of people who grew up on classic muscle cars, and some will really like what you did with the car,” says Dylan. This could be in part due to his decision to pay homage to Challengers past and paint his 2015 the original 1970s Challenger Sublime Pearl Green. Additionally, the younger crowd at car shows “absolutely loves the car,” but that doesn’t mean it goes without naysayers. “People are like, ‘Why are you putting Japanese stuff on an American muscle car?’” Though, for Dylan, it was never about what came from where; it was about bringing together the elements he learned customizing BMWs and his passion for Japanese cars, and using that to convey a new perspective on American muscle cars — a perspective “the American muscle car community wouldn’t think of doing,” he says.