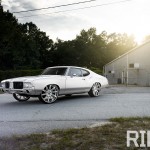 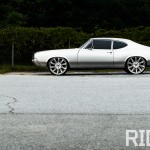 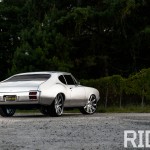 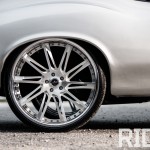 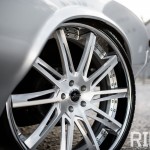 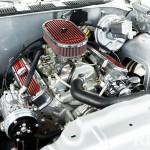 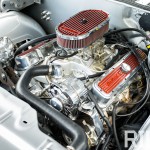 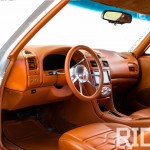 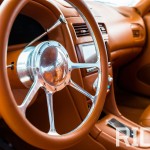 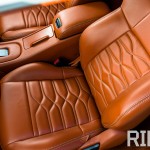 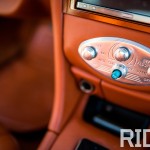 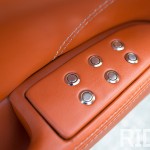 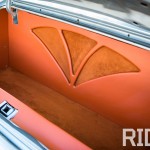 Arguably the pinnacle of the Cutty’s reign, the third-generation Oldsmobile Cutlass was one of the most attractive cars from the late ’60s and early ’70s, sporting a muscular aesthetic while still a bit more luxurious than its Chevelle cousin. However, when customizing a Cutlass, you can only go in so many directions, which makes it a bit complicated to stand out from the crowd. Thankfully, there are still those who dare to be different, and owner Slick—from Ultimate Audio and Stitched by Slick in Lexington, South Carolina—is one of those creative people who certainly applied his talents to this custom Cutlass built from the inside out.

Roughly two years ago, Slick copped his Cutty with an objective to create a new breed of old-school ride blending hot rod elements and modern muscle at the same time. “I wanted it simple and clean, not too gaudy,” says Slick. “I wanted that new-school flavor on the inside and the old-school on the outside, because not too many people are doing that.” For the exterior, Slick kept it very low key on the paint, utilizing a silver hue from a Chrysler 300. To further impose the Cutlass’ clean and classy façade, Slick switched it up with a set of brushed, fully concave, 24-inch Savini wheels. And as clean as it is on the outside, for this classy Cutlass, it’s what’s on the inside that really counts.

Being the man entrusted to tackle the custom interior builds for Ultimate Audio of Lexington, where he works full-time, Slick understood he would have to take the interior of his personal ride to new heights to properly promote his brand. To complete this mission, he completely transformed the interior of his 1972 Oldsmobile into something much newer with a complete Infinity I30 dash and doors, Toyota Supra front seats and Pontiac G6 rear seats, all wrapped in custom basketball-orange leather. And as Slick explains, an interior overhaul such as this is no easy chore. “Getting it to fit like factory is a lot of work,” says Slick, “lots of cutting, trimming and fiberglassing. I had to widen the dash two inches on each side and then mold it to meet up with the doors.”

The most interesting aspect to the project is that Slick built the entire car in his garage. “That was my homework right there,” he laughs. “I built this one from the ground up.” With his Cutty still a work in progress, as all custom cars tend to be, Slick is focused on building his brand with the help of his employer and mentor, Shawn Arnold. “Shawn has been very supportive,” says Slick. “He’s helping me put my brand out there and coaching me on ways to move.” With backing that big and skills this serious, we’ll definitely see more from Slick in the future.