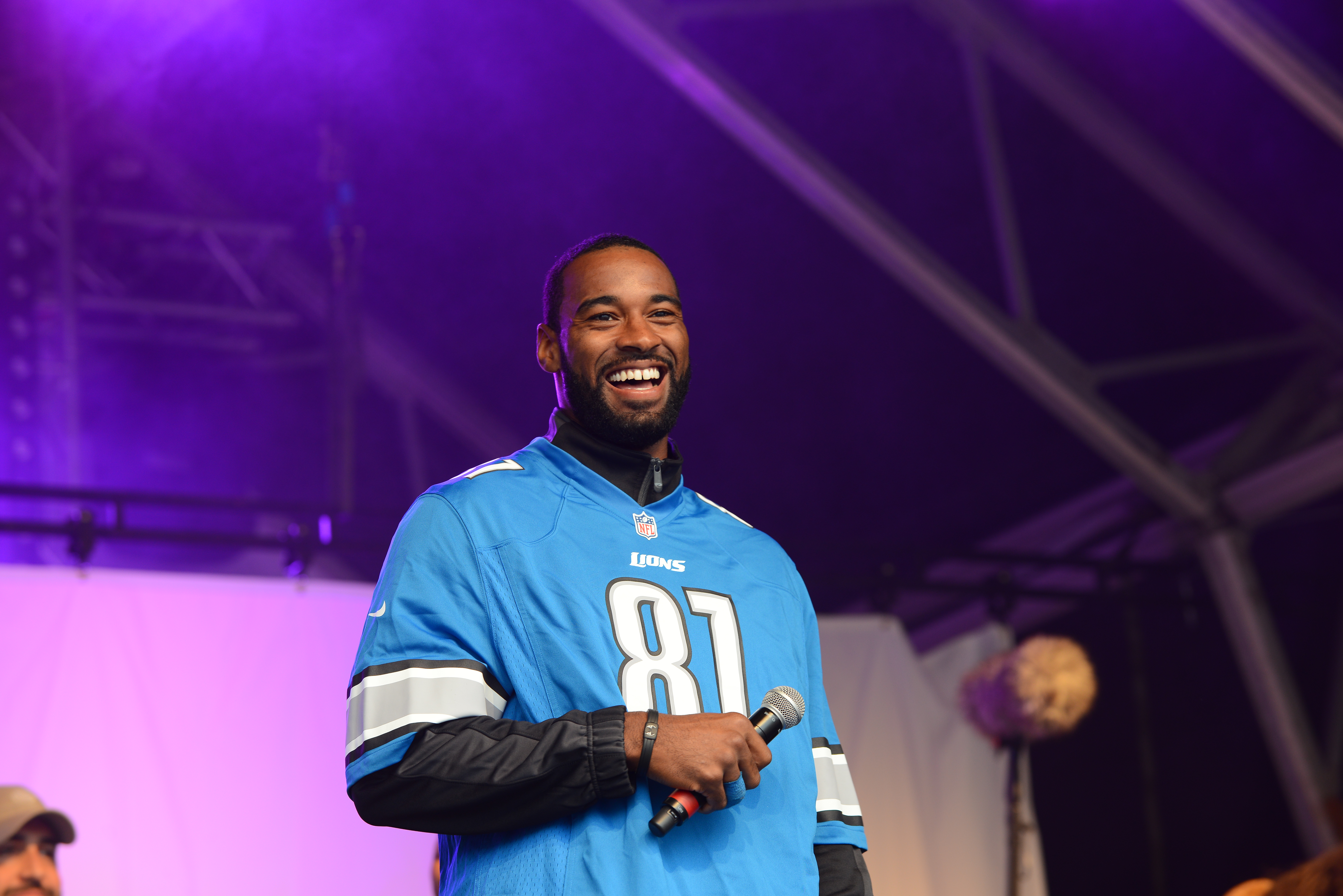 The Detroit Lions’ five-time Pro Bowl wide receiver talks treating himself to a Ferrari FF, being unwilling to spend $1 million on a whip, and bumping Jeezy before games.

RIDES: What was your first car?
Calvin Johnson: It was like a late ’80s, early ’90s Volvo that was handed to me…my parents, my sister to me. I think the best thing about it was just the fact that I had a car I could drive to school, not having to take the bus anymore.

Do you consider yourself a serious car guy?
I do take that part in it pretty seriously to the point where I don’t let anybody but my fiancée drive my cars.

What are your favorite cars to drive?
I have a Ferrari [FF], I have a Porsche [Panamera] and I got a new Range Rover.

What’s the crown jewel of your fleet?
As far as power, the Ferrari—but it’s head-to-head with the Porsche because I’ve been making upgrades on that thing. I got people who want to buy it, but I’m not willing to really let it go.

Did you treat yourself to a new car with your big contract extension in 2012 [$132 million over seven years]? Or will you when turning 30 this September?
I got the 2012 Ferrari not long after I signed the big deal. I always wanted one. They came out with the FF and I loved it. At 30, I think I’ll get something that both my fiancée and I [want].

What’s it like being in Detroit with the city’s car culture?
I got a lot of people who are natives to Detroit always asking me, “Why don’t you have an American-made car?” I get that a lot.

Do you like American muscle?
Yeah. Maybe it will take experiencing it before I actually pick one up. Maybe one day. I’m not opposed to it.

Do you personalize cars with your nickname, “Megatron”?
The only one I did that with was really the Porsche. I put the little “Megatron” symbol on the headrest. I thought about doing it a little bit to my Ferrari, but I left it as it is.

Do you have a dream car?
I think my dream car was the Ferrari that I got. Porsche came out with a 918 Spyder that’s pretty awesome, but I don’t think I love cars so much that I’m willing to spend a million on a car [laughs].

Who will be your go-to artists to get you hyped on game days this season?
I have a lot of Jeezy on my playlist. That gets me wired up before games. I’ve been a big Jeezy fan since college. He has some good beats. They sound good on the system.