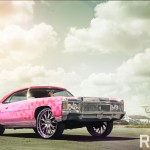 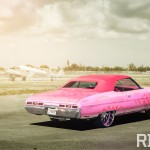 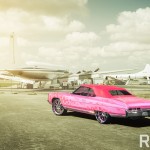 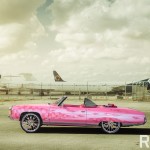 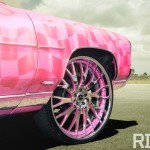 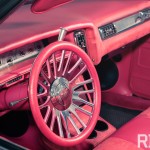 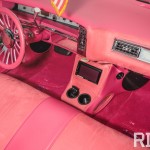 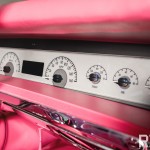 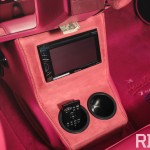 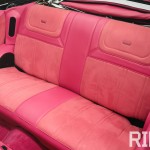 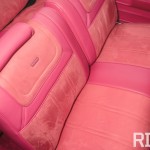 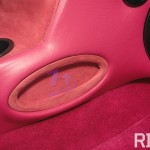 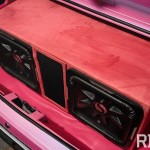 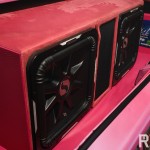 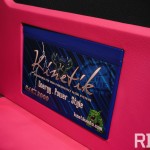 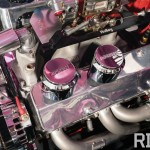 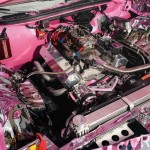 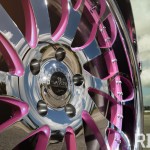 No matter how popular Donks are across the country, there’s only one place in the world where owning one is part of the local culture, and that’s South Florida—more specifically, Miami. And even though owning one is an inherent part of the lifestyle, that doesn’t make building one any easier, as a Miami native who simply goes by “J” certainly realized on this build, his most stressful build to date.

“This car kicked my ass,” J admits. “People don’t understand what it takes to build a car like this. I could have built a house with the money I spent.” J started his project with the remnants of what used to be a ’71 convertible project that a previous owner could not complete. Once underway, the initial proposed concept was simple, as he has rocked a similar theme in the past. “This is my fifth pink car,” proclaims J. “I’ve been doing it since, like, ’05.” J’s reasoning for the rosy color is grounded in the fact that it’s a color synonymous with Miami and a unique tone most are afraid to attempt.

In addition to the eccentric shade, J also threw it back with custom tear-away checkered flags done by none other than the O.G. himself, Rod from Elegance CC. “This is actually my third car I’ve done checkered flags on,” says J. “I build cars the way I like, and I don’t care what the car game is on right now. I do what I want and that’s how you stand out.”

To justify the race-inspired motif, J dropped a fitting power plant between the frame rails. He opted for a stroked 434 small block with an undisclosed horsepower rating that has plenty of balls for anyone crazy enough to challenge. “My goal was to make a badass small block that could run with the big blocks,” proclaims J. As expected, he continued his cotton-candy theme into the engine bay, coating everything pink from the block to the serpentine kit. For the interior, J enlisted the famous Nunez Brothers to stitch up the insides with O.G. Chevy patterns but in matching pink fabrics. “It’s like Pepto Bismol everywhere in there!” he says. The Nunez Brothers also added the handmade top and chrome convertible top rack.

For the wheels, J opted to carve his own path and start a new trend in Miami with a set of staggered 26-inch Savini SV42 wheels. “I fell in love with Savini back in 2011,” he says. “They were sporty and they were so classy. Now, in 2015, everybody is on Savinis.” Now that the Donk is complete, J spends his time behind the wheel with the ones he loves as opposed to cruising with friends, trying to look cool. “My car is a family car,” he explains. “If my wife and my kids ain’t in the car, I ain’t going. We just go out and have fun in it.”