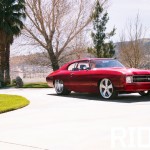 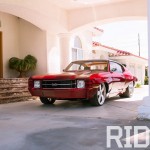 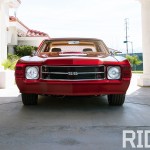 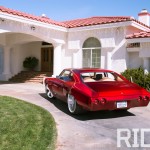 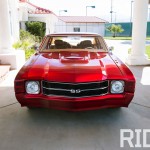 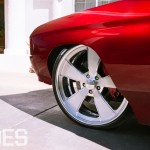 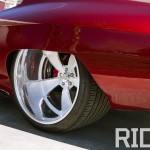 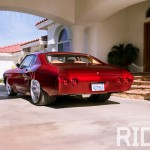 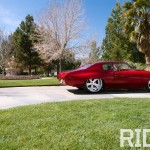 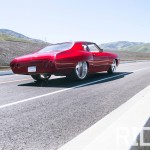 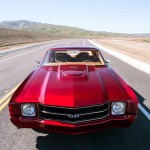 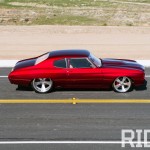 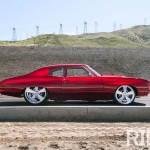 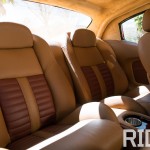 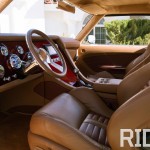 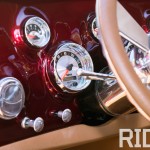 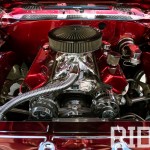 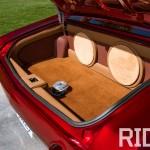 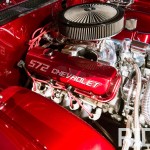 Whether it be the manner in which MJ appeared to effortlessly weave through defenders en route to the hoop or how a Kendrick Lamar lyric rolls off the tongue, any art form is best when its perceived naturally. Building custom cars—a form of art in itself—is certainly no different, as the best works are those that look flawless yet still leave the onlooker scratching their head.

Encino, California, native Edgar Lopez is no stranger to custom cars, just as he is no stranger to hard work; his family has made a life for themselves managing Mexican restaurants in the Santa Clarita Valley area for years. And growing up on a ranch, the setting tends to collect a car or two. “The car has been in the family for 20 years,” says Edgar. “It had been sitting in the horse barn.” Once Edgar decided to revive the Chevy, he had it broken down to its bare essentials before beginning the project. “We sandblasted it all the way to the metal,” says Edgar. “After that, all we had was a shell to start with.”

The project began as a gift to Edgar’s father, but the only input used from “Pops” was to provide the palette. “The only thing I asked my pops about was what color he wanted,” says Edgar. “And he said candy-apple red.” With the hue’s direction set in stone, the next step was to put Edgar’s complex plan into play. For the next two years, Edgar and his team executed his ideas. The key initiative for the Chevelle was to heavily modify the muscle car without it looking like much was done. “We didn’t just want to widebody the rear and have the rest of the body looking skinny,” explains Edgar. To give the car uniformity, virtually every panel on the car was stretched, tucked or altered. Edgar and his crew flared the rear quarters three inches on each side to accommodate for the 24-by-15-inch wheels but didn’t stop there. “The rear quarters taper toward the bumper, which we widened an inch on each side also,” explains Edgar. And this theme carried throughout, with the crew opening up the wheel wells roughly two inches each, stretching the rocker panels about three inches and widening the front fenders a couple inches as well. The result was a car that looks proportional, unlike some other widebody creations tend to. “It takes a while for people to understand what was done to the car; it flows really well,” proclaims Edgar. “When it’s good, you make people wonder what was done to it.”

On top of the extensive body mods, Edgar covered the car in candy, including the bumpers and grille, which sometimes is frowned upon. “We painted everything, because we were going so big on the wheels that if we did chrome bumpers, it would be too much,” explains Edgar. Under the hood, the performance matches the car’s brawny exterior with a custom-built 572 big block pumping out almost 800 horsepower to the crank. “We didn’t want to build something too extreme,” he says.

With the project concluded and the Chevelle making its rounds on the show circuit, Edgar has received various reviews, but he takes it in stride. “I like to build oddball stuff that isn’t what everybody does,” he says. “Everybody does the cookie-cutter style, and I like to be different.” With one of the top Chevelles in the game, Edgar’s off-the-wall but effortless style has definitely proved promising.