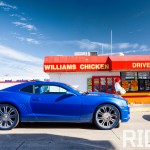 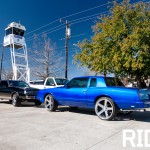 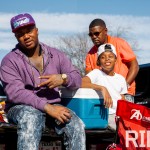 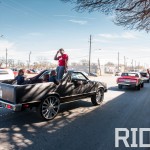 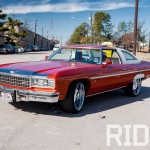 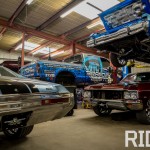 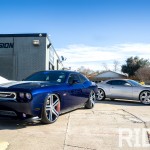 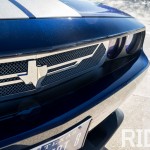 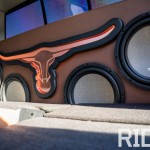 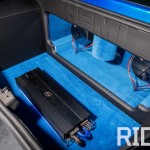 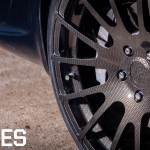 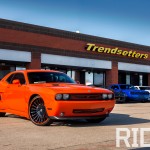 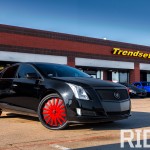 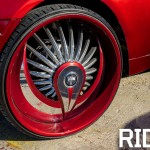 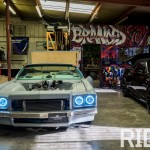 You can’t begin to talk about Dallas without conveying to those who have never been there just how spread out the city and its suburbs are. For instance, the Dallas-Fort Worth airport is a landmass the size of the entire island of Manhattan in New York City, and it spans across four cities in two different counties. A city with this much land, highway speed limits of 75 and 80 miles per hour, and masses of people looking to outshine one other combine to create the perfect storm for car folks.

Trying to get a feel for just how Big D rolls, we sent feelers out to a couple shops to let them know we were swinging through the Dallas area. And while shops are and have always been amazing to RIDES, it’s the streets that make the magazine and the streets that truly convey a city’s style. So we began our tour of Dallas on the corner of Martin Luther King Jr. Boulevard and Malcom X Boulevard for the city’s annual MLK Day parade.

Pulling into the parking lot of the Martin Luther King Jr. Community Center at 9:30 in the morning, we had no idea what to expect. The hope was that we’d be able to catch some whips cruisin’ in the parade, but having never been before, it wasn’t a given that would be the case. Fortunately, as we neared the parade route, we caught a glimpse of a candy-purple truck. The man in the truck informed us there would be some old-schools in the parade, but that was about it; he neglected to turn down his music to talk us, which we took as a sign it may have been a bit too early still for him. Regardless, the heads-up of cars to come made it clear the decision to hit up the parade would pay off.

The scene was more of a tailgate party than a parade. Every business was closed, and any parking they may have had was filled with cars, trucks pulling smokers or grills, and people chillin’. Nothing against school marching bands or drill teams, but as they came in waves, we decided it would be better to walk toward the start and try to catch any cars at the staging area. After about a block, we hit Jim’s Car Wash. Having lived in Dallas in the past, I knew this car wash as one where I was told “You could get anything.” I also knew better than to ask what “anything” meant, but having seen it packed at 1:00 a.m. in the past, I had a pretty good idea. Seeing a few rides on 28s, I sought out the owner to introduce myself and ask if we could get some pictures. We proceeded to get the shots we needed and made some small talk, but like our earlier encounter, though friendly, people seemed more interested in the event than in talking at length.

We noticed some cars tailgating across the parade route and committed ourselves to walking the entire route. Along the way, it was one tailgate after the next, and a lot of music. Many of those playing music also had a PA setup to offer commentary on the parade, much to the enjoyment of everyone—including myself, who particularly enjoyed a woman asking the Boy Scouts why they don’t sell cookies. After crossing over one highway and under another, we were able to finally cross the street and head back toward some of the cars we’d seen on our walk.

At this point, the parade itself was still primarily marching bands and drill teams with no sign of cars, even at the area where it appeared to be starting. Walking back on the opposite side of MLK Boulevard, we could see the route we just walked and how the crowd had really filled in. Reaching the lot that caught our eye earlier, we got some shots of an El Camino, which would be the first of many we saw. I guess the struggle to pick a car or truck is real in Texas. We hammed it up with the owner and his friends, regrettably turned down some barbecue, then kept on moving. Another El Camino stopped us again, this time in a William’s Chicken parking lot that, despite being open for business, was as packed with spectators as any closed lot we’d come across.

Our energy was winding down quicker than the parade—should have eaten that barbecue—and we’d walked the whole route at this point, so we hit the car. Though we left the parade without seeing many cars in it, we gained a much greater sense of understanding of the real people of Dallas. Unlike many places, they were nice to the point that they almost made you feel awkward for asking permission to take photos of them or their cars, conveying a “That’s why they’re here” tone you don’t necessarily find everywhere.
A few turns and we were out of the parade scene—or so we thought. A few minutes later, on a random road, we see all the Donks, including more Glasshouses in one place than I’ve ever seen, and old-schools waiting for the parade. An aggressive brake, quick turn, minor curb check, and we were in the middle of the street getting as many shots of them as we could as they rolled out. As the last of them moves, we do as well.

Tucked behind a car wash in Garland, a suburb just to the northeast of Dallas, we found Branded Customs. Formerly known as Hackshack, Branded still conveys that imagery in the sense that they have cars everywhere in varying stages of completion. Old-schools filled the garage, there was a dune buggy out back, a short bus was being turned into a mobile tax office on the side, and out front was the main attraction of cars they’d brought out for our visit.

Getting our first sense of the upper echelon of the Dallas car scene, what stood out was the sheer amount of high-end cars. Multiple BMWs, including one lifted on 28s, lined the front of the shop, along with a Bentley, Maserarti, Camaro, and a scene-stealing Challenger to name some. The front grille of the Challenger had the state of Texas in the spot usually reserved for a badge, marking a trend of city and state pride, a trend we saw again at Branded on a monster Ford with Texas Longhorns both inside and out.

While we continued to shoot all that Branded had to offer well beyond sunset, the Southern hospitality we first saw at the parade became even more apparent. Shop employees would come and go as they continued with their work (and work they have, with 30-35 builds among about five people), but regardless of whom we were interacting with, the conversation flowed as though we were old friends. We took a walk to a nearby gas station with shop manager Tim Mulvihill for energy drinks for us, and a case of beer for the guys at the shop—Tims’s treat for their putting in the extra work for us. And it was apparent by the people coming and going just to say hi or hang out on the couches for a bit that it wasn’t a show for us, but rather an atmosphere that had been cultivated by owner Jay Ivey and his Branded family’s hospitality.