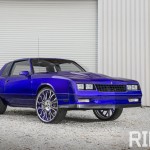 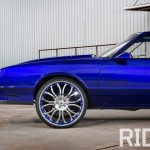 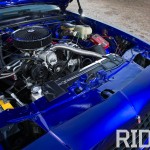 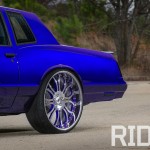 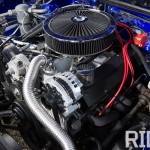 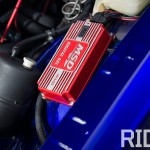 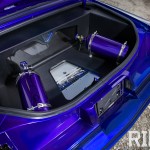 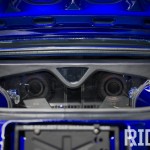 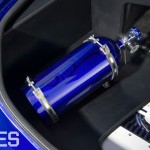 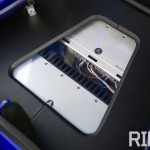 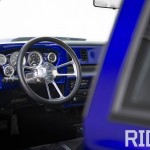 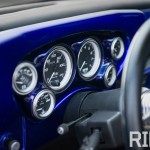 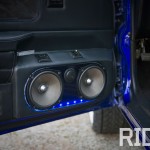 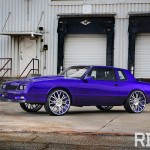 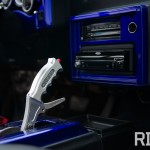 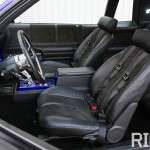 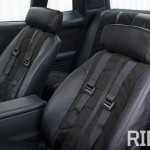 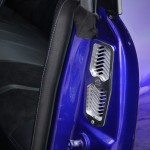 The whip game tends to have a bit of a capitalistic nature, where the cream really does rise to the top. And if you’re the best at what you do, you’ll eventually receive your due props regardless of how big your operation is or where you’re located. Dorsey Moon of Greensboro, Georgia, and his shop, Youngblood Kreations, are nestled in a tiny town in Georgia with a population of just over 3,000 people, but that hasn’t stopped him from positioning himself as a national force to reckon with. In the summer of 2013, Dorsey decided it was time to throw his name in the custom-car conversation with a Kandy tangerine Chevelle that set the muscle-car game on fire. On top of dominating car shows and social media, his shimmering Chevelle earned a spot on the cover of RIDES [Sept. ‘13], ultimately upping his status on the national scene. After seeing this process through from start to finish, Dorsey recognized an opportunity to continue the trend of building cars that showcase his shop’s expertise and ultimately selling them to fund the next project.

This time around, Dorsey decided to delve into a different domain: the ever-popular G-Body platform. He selected a 1987 Chevy Monte Carlo SS as his canvas and chose to combine elements from various corners of the automotive world. “I just wanted to create a sports car,” he explains. “And I wanted to take elements from foreign cars and incorporate them in the build.” If there is one arena in particular in which Dorsey and Youngblood Kreations shine, it’s undoubtedly the paint booth, as his paint jobs have received praise across the country. For this muscular Chevy, Dorsey initially laid down a House of Kolors silver base and a slightly darker hue, House of Kolors Galaxy Grey, for the stripes, logos and spoiler. To top it off, Dorsey coated the car in HOK Kandy Burple over the first two layers to create an amazing display of complementary hues. “A lot of people don’t even notice the graphics at first,” he says. “But they really pop out under the lights.”

For the guts, Dorsey incorporated an Italian influence in the design. “The interior is inspired by Ferrari,” says Dorsey. “We used the same pattern they used on most of their vintage cars.” Although he went Italian, Dorsey kept the majority of the seating area modest with black leather and suede, and the dash is a one-off collaboration. “I got the center dash piece from Clint at The Shop LLC, in Florida,” explains Dorsey. “And then I molded the outside so it fits perfectly and painted it to match the body.”
The heart, soul and inspiration of this marvelous Monte truly lies under the hood. “I did the Hot Wheels theme because it’s so fast,” says Dorsey. “It’s really a racecar, but you could drive it every day if you wanted.”

With a ferocious 388 stroker under the hood that has produced dyno numbers upwards of 500 horsepower to the wheels, Dorsey has plenty of muscle for anyone who may mistake this Super Sport for a show-car trailer queen.

With a full roster of Kandy creations under the YBK nameplate, Dorsey has seen his reach expand exponentially, with customers shipping cars from as far as New York for full restorations. As for what’s next, Dorsey has a sweet ’69 Camaro in the booth that’s slated to receive his signature YBK treatment.