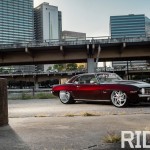 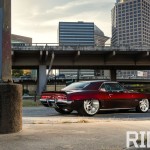 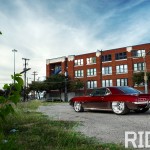 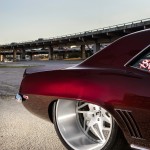 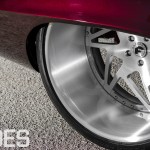 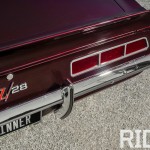 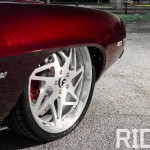 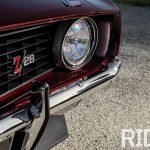 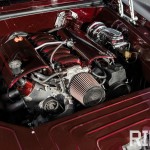 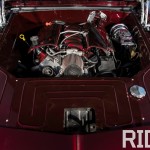 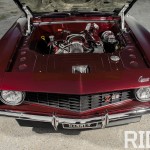 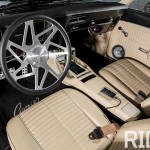 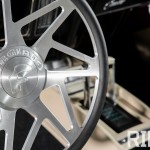 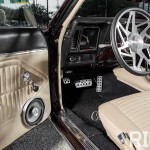 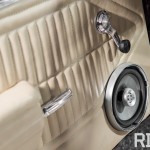 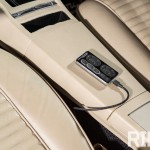 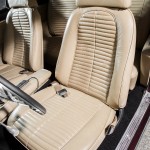 One of the fallacies of the custom-car game is people mistaking wild ideas as innovation and losing sight of the fact that sometimes less is more. Ultimately, the simplest ideas coupled with professional execution can produce a ride that can not only change the game but also change your life.

Owner of his own drywall company, Oscar “Oz” Ramirez purchased the coveted Camaro more than 10 years ago with intentions of keeping a virtually stock appearance. Over time, he gave in to his desire to customize his ride by painting it, slapping on a set of 22-inch Foose wheels and swapping the motor for a 383 Stroker. But when Oz finally linked up with a nationally recognized car club, everything seemed to change. “I wasn’t looking to go to that next level until I got with Swift,” Oz explains. “My mentality changed as I wanted to step my game up.” But simply being motivated is hardly enough if you don’t have access to people who can help you achieve your goals. Fortunately, in 2012 Oz ran into Rudy from Redrock Customs at the Texas Heat Wave car show and ran some of his bold ideas by him. “I wanted to see if it was possible to put 24x15s in the back and bag it at the same time,” says Oz. “We could have just narrowed the rear end, tubbed it and lowered it, but I wanted to have the air ride, so that made it a lot more complicated.” After a meeting of the minds, Rudy at Bedrock said they could tackle the task. “They had to construct a whole custom frame to be able to do it,” Oz explains. “It’s a lot of measurements and is pretty complicated, but they got it done right.”

When Oz’s Camaro, dubbed the “Sinner,” made its initial debut—its soft opening, if you will—it was at the back of the Texas Heat Wave car show in 2014, sporting a set of 22×9-inch front and 24×15-inch rear Intro wheels. The Sinner’s debut got the buzz going, but that was only the beginning. And as good as it looked, Oz still wasn’t satisfied with the aesthetic. “I met Gary from Forgiato, and he was real cool,” explains Oz. “We worked out a deal on some new rims in time for the next show.” The timing couldn’t have been better as Forgiato was able to produce these special one-off Finestro wheels just in time for ForgiatoFest Dallas—the show that changed the Sinner’s popularity forever. Oz’s copious Camaro took home Best Old-School honors, but more importantly, in the span of a couple days, it became arguably the most popular first-generation Camaro on social media, with pictures, videos and reposts flooding Instagram and Facebook. “It’s amazing. I can’t believe it,” says Oz. “I’m not really a showoff, but it amazes me the respect and attention the car got.”

Since ForgiatoFest, Oz’s life has been a bit different with his car’s newfound fame, but he remains grounded. “You always gotta stay humble,” proclaims Oz. “There’s always gonna be somebody better than you, so you just have to compete against yourself.” He continues, “I’m competing with myself and no one else, and as long as my car is better than it was last year, I’m okay with it.” After sending a good majority of the custom old-school game back to the drawing board, we’re okay with it too.