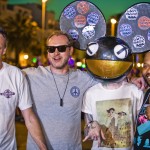 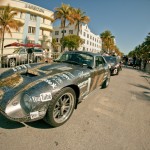 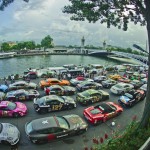 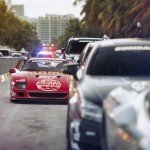 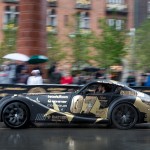 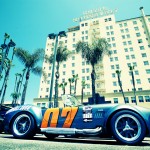 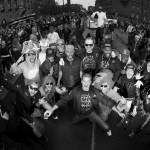 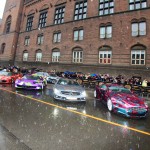 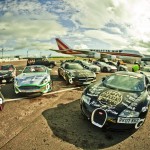 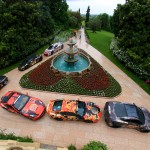 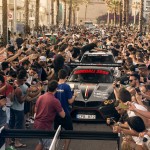 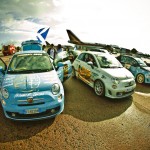 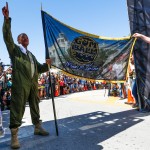 The life of Maximillion Cooper reads like a lost Ian Fleming novel, a James Bond-esque figure minus all the espionage. From a stint racing Porsches and McLarens for close to a decade to competing in freestyle BMX to attending Central Saint Martins college in London, studying design alongside the likes of famed designers Alexander McQueen and Stella McCartney, he even married his own “Bond girl” by way of rapper Eve this past year in Ibiza. It’s been a life most only encounter in fiction. However, for Max it’s reality, and yet none of those things are what he’s known best for; that goes to his creation of the Gumball 3000 17 years ago.

“Prior to starting Gumball, I’d gotten these great kinds of friendships with people who were successful in their own industries, and I just wanted to put them in the same room together and give them a bit of an adventure,” says Max, “and, at the same time, create a brand that could appeal across the board from my skateboarder friends to the bosses of banks and sheikhs and princes.” It was those friendships that helped him to launch the first rally in 1999, which was composed primarily of his friends from all various endeavors to that point. “The first year’s rally, I only really invited pretty good friends of mine, and I really pitched it to them as a party,” says Max. “Not many people say no to coming to a party.” And a party it was, with performances by Kylie Minogue, Goldie and Jamiroquai along the four-day European trip.

Since its inception, the Gumball 3000 has grown into a worldwide phenomenon often spanning multiple continents. “It gives us that unique factor. Saying you’re starting in Miami and finishing in Ibiza, people are like, ‘What? How’d you do that?’ So we kind of have that appeal,” says Max. An appeal that, through the years, has evolved to such an extent that the rally is now planned out two years in advance to accommodate for all the logistics of bringing what Max describes as a “festival” to each city they visit along the route. For example, last year’s London stop drew over 1 million people and required a staff of 2,000 more. “It’s not just the cars,” says Max, adding, “it’s basically a car show, action-sports demo and music in every city.”

Operating on such a large scale now, it’s clear that the Gumball’s biggest competitor isn’t other rallies but the scope of itself. “Effectively, what the rally does is it has to reinvent itself every year to keep its appeal,” says Max. In order to achieve this, he has essentially created a “lifestyle brand” (a term he feels is overused), but he has allowed for the rally to be about more than just high-end cars. “I never came at it from the standpoint to really create a car rally,” he says, “but a lifestyle brand that could really appeal from skateboarders and artists and musicians to bankers and royal families and dot-com guys or whatever, and that’s always been the backbone to it all.”

Max refers to this eclectic group of people from around the world as his “Gumball family,” and like any good family patriarch, his first priority is his family’s well-being. “You remember highlights of your life, and hopefully this can become one of those, and I think it does,” says Max. “More than anything, as well, it has a great level of camaraderie and brings people together. Friendships have developed out of the rally that I’m sure will last a lifetime.”
As certain as the friendships made on the Gumball 3000 are destined to last a lifetime, all signs seem to indicate the Gumball’s impact on the world isn’t going away anytime soon either, with a feature film based on the rally going into production later this year, the opening of several flagship stores around the globe, and the clothing brand expanding into 1,500 stores in the U.S. alone this fall. Though its namesake stems from Andy Warhol’s belief that people chew up and spit out popular culture like chewing gum, it appears that Maximillion Cooper has created a special type of gum not destined to lose its flavor anytime soon.