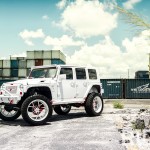 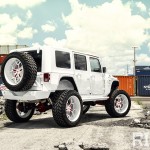 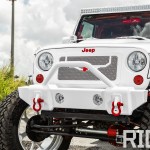 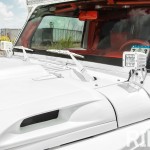 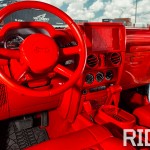 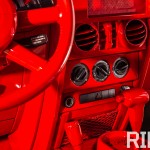 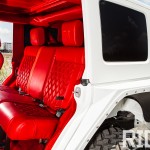 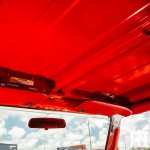 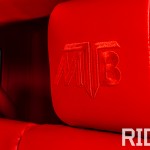 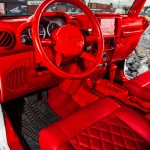 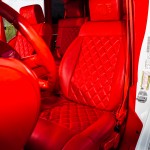 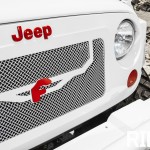 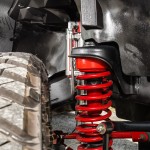 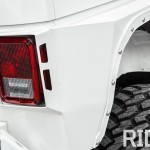 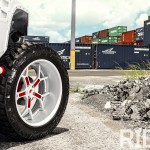 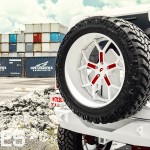 In the late ’80s and early ’90s, Jeeps dominated the streets as every dope boy wanted one, every fly girl yearned for a ride in one, and movies and hip-hop further fanned the flame. From being on album covers like Kool Moe Dee’s How Ya Like Me Now to being the sole inspiration for LL Cool J’s hit “Back Seat (of My Jeep),” hip-hop has certainly embraced the rugged vehicle, founded in the 1940s. Custom Jeeps were also mainstays in movies like CB4 and New Jack City; of course, in those movies, the open top provided a great way to pull drive-bys, but that’s another story. Fast-forward to today and Jeeps have made a serious comeback, as everyone from soccer moms to street soldiers floss ’em daily. The popularity is mainly due to the availability of the four-door Unlimited version and the fact that famous athletes and entertainers cosigned them early. LeBron James whipping his silver joint around Miami in his Samsung commercial during the 2012 NBA Finals certainly didn’t hurt either.

Now that Wranglers are yet again en vogue, people with luxury-car money are putting six figures into Jeeps, and some of the top shops in the country are helping properly allocate those funds. Roughly two years ago, 713 Motoring of Houston had the opportunity to go all-in on a Wrangler, and they took the task very seriously. Being one of their more high-profile clients, owner of 713 Motoring Ashworth Barnes decided to bring the Jeep under the roof of his private garage so the build could remain a secret and stay away from foot traffic at the 713 retail location. “This Jeep was one of the first builds in my private garage,” explains Ashworth. “It’s for the bigger builds and the more elite customers.”

One of the first steps in the process was revamping the guts. “Originally, our customer wanted to do it all red inside and out,” explains Ashworth. “We were calling it Project Murder Scene.” The process of completely changing the interior to red was a formidable task in itself, as every piece had to be disassembled, prepped and painted. In addition to all the painted plastics, red carpet and supple red leather were also incorporated into the interior.

Halfway through the build, 713’s customer decided that red on red may be a bit much, so he opted for a pearl-white paint to match the rest of his fleet. For the exterior, this Texas tank actually has more additions than you’d think—they’re just subtly integrated by the 713 crew. “A lot of people don’t realize it has the body-armor kit on it,” says Ashworth. “It kind of defeats the purpose, but we sanded it down and painted it so it looks like the truck.” In addition to the body armor, 713 also added automated side steps, custom bumpers and a Forgiato grille. And as with any custom Jeep, it wouldn’t be proper without towering over its competition, so a sky-high lift was a must. “We have about 20 racks in just the lift,” says Ashworth. And, of course, a massive lift such as this begs for the proper footwork, so 713 went with a set of 24-inch Forgiato GTR wheels wrapped with some colossal 38-inch Nitto Trail Grappler tires.

Since the car’s completion, 713 Motoring has exceeded all expectations for the build, gaining props on the street as well as on the car-show scene, winning Best 4×4 at Forgiato Fest Miami. “I just wanted to show people I could do the off-road look but still have the 713 swag,” explains Ashworth. “Most of these other shops just sell rims and think they’re in the game like you, but those cars don’t stop traffic. When you see one of our cars around town, you definitely know who did it.”