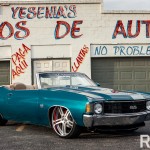 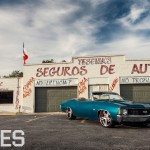 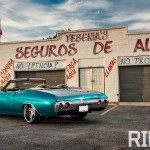 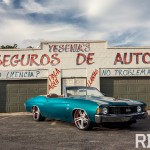 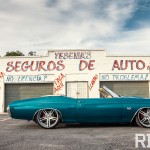 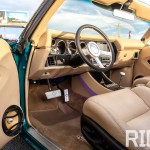 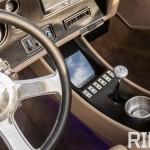 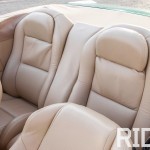 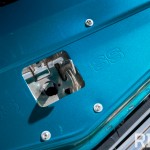 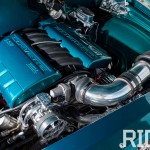 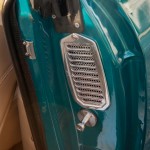 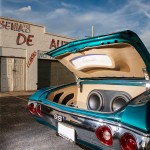 Four years ago Jackson, Mississippi, native and current Forth Worth, Texas, resident Glen Nichols didn’t think he’d be on the cover of a magazine and admittedly didn’t even know what it took to get there. Thankfully, during his four-year build process, Glen rubbed shoulders with the right people, and the result was a Chevelle that could sit atop any podium.

As nearly every build goes, Glen’s initial motive was to assemble a clean car that he could drive every day. But as plans tend to go, the direction was altered as soon as the build began. “It looked like it was in good shape on the outside when I first got it,” explains Glen. “But underneath it was like Fred Flintstone, with holes all in the floor.” Unfortunately, this predicament is all too common in the old-school car game—especially with convertibles. The further Glen dug into his Super Sport, the more rust was found in not only the floor pans but the fenders, rocker panels and even the firewall. Opting not to cut any corners, Glen decided to replace virtually every single panel, which led him to the next unexpected portion of the build: the rotisserie. “A car rotisserie is just like a rotisserie for chicken,” explains Glen. “You can turn it around 360 degrees to get to every part of the body.” Glen took this opportunity to take the build to another level and completely paint the underbelly of his Chevelle, in addition to the paint job the rest of the car was already slated to receive. As for the color, Glen’s loving and supportive wife, Lawanda, chose the custom turquoise hue that currently coats the charming Chevelle.

Once the paint and body process was perfected, the interior had to match the motif, so Glen opted for a hot-rod-style interior with his own twist. “My car was an original bucket-seat car with the floor shifter, but I was talked into swapping them out for different seats,” says Glen. “I switched to 2005 Pontiac GTO seats front and rear with a custom center console.” Glen also had some custom Fesler door panels fabricated and installed, and he even had an iPad mini integrated into the console.

For what was to lie between the frame rails, even though Glen was perfectly content with his 454 big block, after going to the 2012 Goodguys Spring Nationals car show, he was swayed to drop something under the hood from this century. “Honestly, I didn’t get the LS motor for the efficiency or anything like that, because my big block was very dependable,” explains Glen. “I mainly did it for the looks and the wow factor.” Glen ended up swapping the 454 big block for a 515 RWHP Corvette LS7 engine, painted to match the exterior. Another attribute that sets this sea-green gem apart from the competition is the Pro-Touring-style suspension setup, something Glen also picked up from the Goodguys car show. He went with a Hotchkis tubular setup and equipped the car with air ride, so the shimmering Chevelle could perch perfectly in pictures.

Glen is more than happy with the result and grateful for his wife’s patience as this was actually supposed to be completed for their wedding—in 2011. “This was originally supposed to be the car we drove off in after we got married,” say Glen. “We didn’t make that deadline, but she’s been very supportive of the project.” In addition to having the OK from the boss, Glen’s satisfaction comes from the feeling he gets when driving it, and the accolades that have come with it as he recently took Best of Show at the 2014 ForgiatoFest car show in Dallas. “Having this car is like a dream come true,” says Glen. “And for me to compete and win against that type of competition is an honor.”