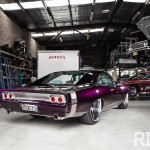 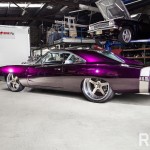 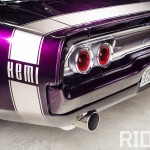 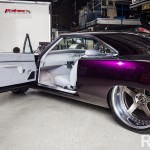 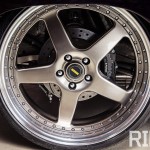 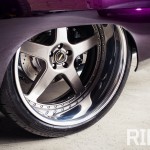 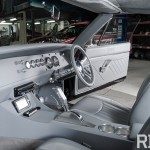 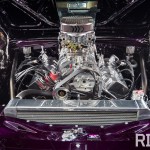 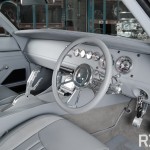 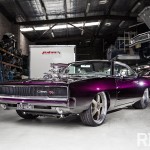 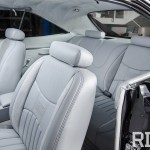 The custom-car scene is divided into two groups: those who dream and those who do. And even though we all grew up playing with Hot Wheels and plastering pics from our favorite magazines across our walls, few are able to transform their automotive aspirations into reality. Unfortunately, as car guys get older, reality sets in—they lack either the funds, the vision or the mechanical prowess to construct the car of their dreams.

Terry Mourched of Sydney, Australia, grew up worshiping custom cars and hoped to build one some day, but he ultimately realized that building a custom car himself wasn’t in the cards. “I’m not gifted with the abilities to create cars with my own hands, but I am gifted in other areas that allow me to pay the gifted guys what they deserve,” explains Terry. “I am not ashamed of telling people that I personally did very little on this car, but that does not take away from my dream, my vision and my love for cars.” This sort of automotive honesty is not only rare but commendable, as most tend to exaggerate their involvement in the builds. Yet in actuality, being embarrassed about “buying the build” is unnecessary—there’s nothing wrong with paying the professionals to get the job done properly. Just because you hire a contractor to remodel your kitchen doesn’t mean you can’t cook in it.

Once the decision was made to create his masterpiece, Terry acquired the elusive 1968 Dodge Charger in 2009, which showed up to his doorstep on his birthday in pieces—literally. “It was a rolling shell with seats, no engine and hundreds of parts in boxes,” explains Terry. It was at this point Terry conceded that a build of this magnitude would require the talents of the best in the business. “This is honestly a story about the builders, not the owner,” he admits. One of the first people involved was a family friend, Fred Soleiman of Protrans Performance, who managed the overall direction of the build. “[Fred] decided, managed, fit and detailed the entire driveline, and he oversaw everything else,” says Terry. “Anyone would think it was his car. Quite frankly, it is just as much his as mine!” And even though Terry proclaims this is his “driver,” the final result would put most SEMA show cars to shame.

As with any top-quality build, the first phase was dedicated to the drivetrain. Terry leaned heavily on Fred’s expertise, and he located the motor from the United States, acquiring the blown 426 Hemi from Ray Barton Racing Engines in Robesonia, Pennsylvania. “I wanted a tough and powerful engine, but I did not want to compromise its drivability,” says Terry. “My number-one objective was to drive the car, not show it.” While waiting on the engine and other components to be shipped in from the U.S., the hunt was on for a proper shop to attend to the body. After going through a few subpar body men, Terry acquired the services of Dez Knight of Knight’s Panel Works to get the body laser straight, as well as Danny Makdessi of Custom Body Works to lay down the sweet purple hue. The rest of the build was managed by Glen Davies of GD Racecars, who tackled all of the extensive fabrication and suspension duties.

Last but not least, what sets this marvelous Mopar apart from the rest is the ravishing rolling gear: a set of staggered 24-inch Simmons wheels with a modest 8.5 inches width up front and a massive 12 inches out back. For some Mopar enthusiasts, such a setup is blasphemy, but to real custom-car guys, these shoes are what set the bar.