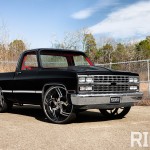 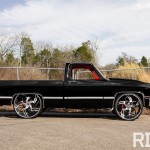 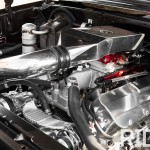 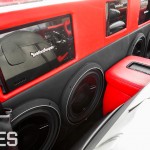 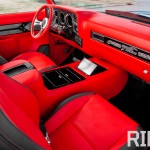 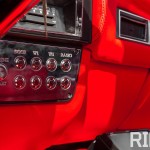 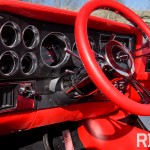 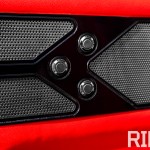 Almost four years ago, Mike Atkinson and his wife, Elyse, were attending a car show in Perry, Georgia, and noticed a 1984 Chevy C10 for sale. As they walked around the show, they couldn’t escape the truck’s presence; it seemed to summon the couple.

“[The truck] kept calling our name,” explains Mike. “My wife ended up saying that if I didn’t buy it, she would. So I negotiated a price with the owner and we drove it home that day.” Once back at the crib, Mike eventually had a local builder in Macon customize the truck, but it fell far short of Mike’s expectations. “I had a friend of mine doing the work on it, and he wasn’t doing it right,” says Mike. “He would have it for three months, and when I’d come to check on it, nothing he said he did was actually done.” Ironically, this same friend ultimately introduced Mike to Sandman of Sandman Designs in Nashville, Tennessee, via Instagram. “I didn’t even have an Instagram at the time,” explains Mike. “He showed me some of Sandman’s page, and I was impressed.” Shortly after, Mike had his Donk on a trailer headed to Nashville for a complete overhaul. In the meantime, he was still getting the runaround on his C10 build from his “friend,” so he delivered the C10 up to Sandman too.

“He wanted me to remove every single thing the other shops did and start over,” explains John “Sandman” Derakhshan. “It had a 30-inch TV in the dash, 22-inch monitors in the doors—it was garbage, and I ripped it all out.” Once the deconstruction phase was complete, Sandman had a workable canvas to apply his skills upon. Sandman explains that Mike had previously been led astray in his automotive path. “He didn’t know what level he could be on with the money he was spending,” says Sandman. “And I wanted to show him how nice his vehicles really could be.” The truck’s theme was fairly simple: a grown man–style, hot-rod truck squatted on some big rims with massive power under the hood. Little did they know, this recipe would ultimately yield a ride never before seen on this level.

One of the most intriguing aspects of the black beauty is its interior, which Mike explains was very important to get right. “I like the old-school body but with a modern-style interior,” he says. He chose to incorporate a few newer amenities from current Chevys, such as fifth-generation Camaro seats (minus the headrests) and a modified Tahoe console. Sticking with his modern mantra, Mike opted to go with a fuel-injected motor for justifiable reasons. “I’ve had carbureted cars before, and I don’t like that you get all dressed up to go to the club and get out smelling like a gas can,” says Mike. “I want to get out smellin’ clean, so fuel-injected was the way to go.”

As the truck sits complete, Mike is fairly modest about its position in the game, hardly acknowledging that it may in fact be a game changer ultimately influencing others to build their trucks like it. “I like the truck a lot, but the Donk is my heart,” proclaims Mike. “I think I may give it to my wife—after I give her a little lesson on how to drive it.”

Shout-outs: Kevin and Cameron from 777 Kustomz for body work and paint; Joe from Superior Polishing for chrome and polishing; James Terry from Mr. Speed Powder Coatings for all powder coating; Mark Stephens from Stephens Brothers for upholstery; Troy Miller, Eric Hitt, Justin Kelly, Dvace Mendoza and Brian Hayes for all the help