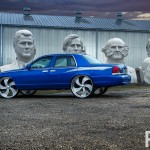 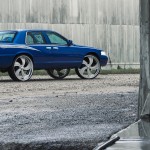 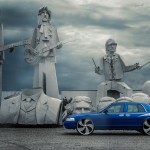 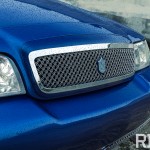 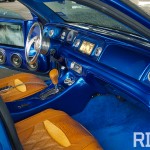 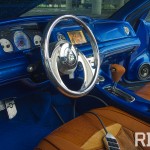 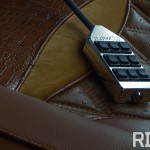 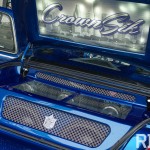 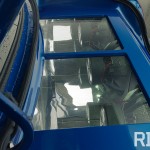 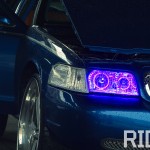 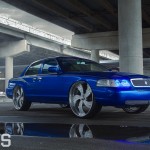 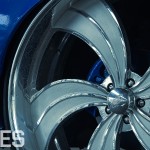 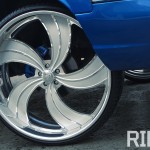 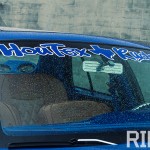 Rey Saenz, born and raised in Houston, Texas, isn’t new to the custom-car scene. His professional modifying experience started when he was 13 years old, working at a local car audio shop. Upon graduating high school, he copped his first ride, a 2001 Ford Crown Victoria, previously owned by an elderly couple, in excellent condition. He immediately modified it, installing 22-inch wheels and painting it two-tone blue and white, with matching interior and audio. Little by little, the Ford kept evolving, improving in looks with each modification, but Rey was never satisfied with it—always hungry to make it better.

A couple years later, Rey took the whole build to a higher level of customization. “Over time I was just like, ‘Man, you know, I wanna do something different.’ So I started cutting the car all up,” he recalls—and he wasn’t kidding. “I always felt like the car had a stock look to it. I never felt it looked modified enough, even though I had put a lot of money into it. And that’s when I decided to do the hood, do the doors, do the roof. You know, actual modifications.”

Those “actual modifications” include big-boy mods like a motorized suicide hood, a panoramic plexiglass roof and rear suicide doors. Rey also added smoothed bumpers, shaved the body lines and incorporated a full-fiberglass interior. With each modification, the car looked less and less stock.

As time progressed, the Vic looked more like a show-worthy ride, ready to compete with Donks and Lowriders. But remember: This is a Crown Vic, which is hardly ever in the same league as Donks, Lowriders or even its better rival, the Bubble Chevy. Rey knows this all too well, as he spent almost a year looking everywhere for anything to make the motor stronger, more aggressive and pleasing to the eye, only to come up with nothing. The only option on the table for a Crown Vic was a full motor swap, which Rey wasn’t prepared to do yet. The air-ride suspension is made possible via Firestone airbags, VIAIR compressors and two three-gallon tanks, which slam it enough to tuck the tire sidewall and wheel lip entirely. Those tucked wheels are unique because they are the first set of 28-inch rims ever to leave the Intro Wheel factory, as they were custom built for this Vic on Rey’s request.

The end result is proof that Rey is part of a very small handful of people who know what a Crown Vic should look like, and who have the vision to build one properly. Crown Vics have nice-looking bodies and provide a smooth ride, but to be worthy of respect in the custom world (and to be considered for gracing the pages of RIDES magazine again), they have to be at least on this level.