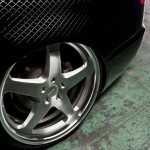 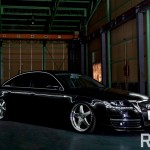 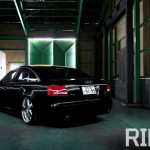 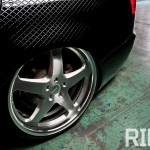 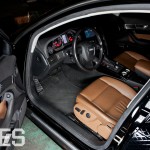 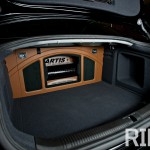 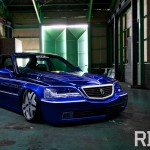 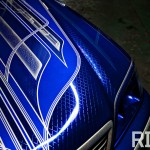 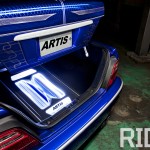 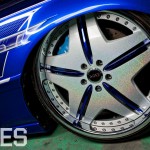 You have candy, matte and metallic. That sentence is as dull as the automotive paint scene in America, compared to the creativity Japan is showing—and at the foreground of that movement is Artis. Located in Osaka, Artis resembles an American paint shop (in that it’s located down the block from a 7-Eleven and a few blocks from a McDonald’s). But that’s where the similarities end.

A body shop for nearly 20 years, it wasn’t until six years ago that Artis became a custom paint shop. Although relatively young in the painting scene, Artis is not lacking when it comes to standout paint jobs, from tribal paint to the wet/water-drop look (both originating in Cali but applied exceptionally at Artis). However, it’s the originality of the Diamond Block, as seen on the Audi A6 shown here, that proves they are not only perfecting paint styles but setting the bar for the future. It goes without saying that this is no pay ’n spray; the Diamond Block job will cost you in the thousands and will take upwards of three months, as was the case with the A6.

The process—used to make the Audi look as though the metal was stamped rather than painted—is simple in theory but painstaking in execution. The formerly silver car was sanded down before the boys of Artis went to work creating the desired pattern. Using narrow tape, lines are meticulously laid out with the attention to detail one expects from Japanese craftsmen. With the diamond pattern perfectly laid out, the A6 was then repeatedly sprayed with primer to build up the thickness. Peel off the strips of tape afterward, and the result is recessed lines in the primer, creating the diamond pattern. All that’s left is to paint and polish.

Though not textured to the touch, the Acura features the same style of painting under a smooth clear coat, giving the look of the diamonds without the feel. Hitting it with the candy paint means the Acura gleams while the A6 glooms. On top of the candy, Artis laid down some of the finest graphic work and water-drop paint (created by hitting the wet paint with a spray bottle) in the game.
Like every painting in a modern art museum, you’re left looking at the Audi and the Acura in awe, with thoughts like “Why didn’t I think of that?” or “I could do that” resonating in your head. The response to those questions is always a universal one: “Then why don’t you?”

One Response to “Audi and Acura: Stroke of Genius”