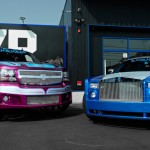 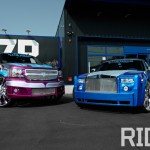 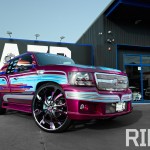 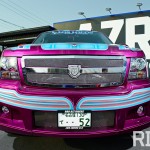 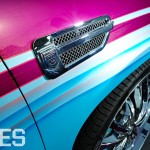 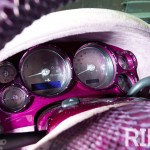 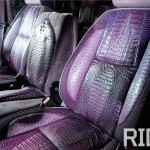 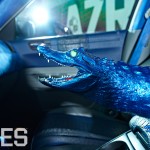 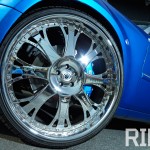 Fifteen years ago, the Lowrider trend migrated west from the shores of California to the island of Japan. Today, the Cali influence remains present as the youth of 15 years ago now find themselves old enough to customize cars of their own. Though not a Lowrider club, few car clubs in Japan have incorporated the Golden State style as much as Los Locos.

Formed in 2006, Los Locos Car Club relates to the California style not only in customizing with graphic-heavy paints and bright interiors, but also in name. While the latter doesn’t seem inherently Cali, the Lowrider style stems heavily from California’s Mexican population, and the Los Locos name is representative of that and that they are just “crazy guys.”

The club boasts a vast variety of cars, including SUVs, a Lamborghini, a Camaro (p. 52) and a 300 with a Rolls-Royce front conversion. The Chrysler, which belongs to the club president, may not be as spectacular as his Lambo, but it is a ride that’s indicative of the club. Repping the blue that’s common throughout many of Los Locos’ cars, the 300 also features silver down the hood and on the roof. Bringing a touch of Japan to the American car is the finish of the silver paint—it has a brushed finish not uncommon in Japan.

While the blue and brushed silver is representative of Los Locos in Japan, the Chevrolet Avalanche has Cali written all over it. Pinks, purples and touches of blue (it’s Los Locos, after all) adorn the Avalanche, invoking images of a SoCal sunset. The colors of the tribal paint are repeated on the Lexani Lust wheels, creating the illusion that they are actually reflected from the Chevy body when, in reality, they are painted to match. The front end, with its Asanti grille package, seems to smile wider than Paul Wall showing you his grill as the Chevy reps the Cali-based company. From the West to the Far East, Los Locos Car Club embodies its California roots, all the while trying to show the people something new—and inspire them as well.