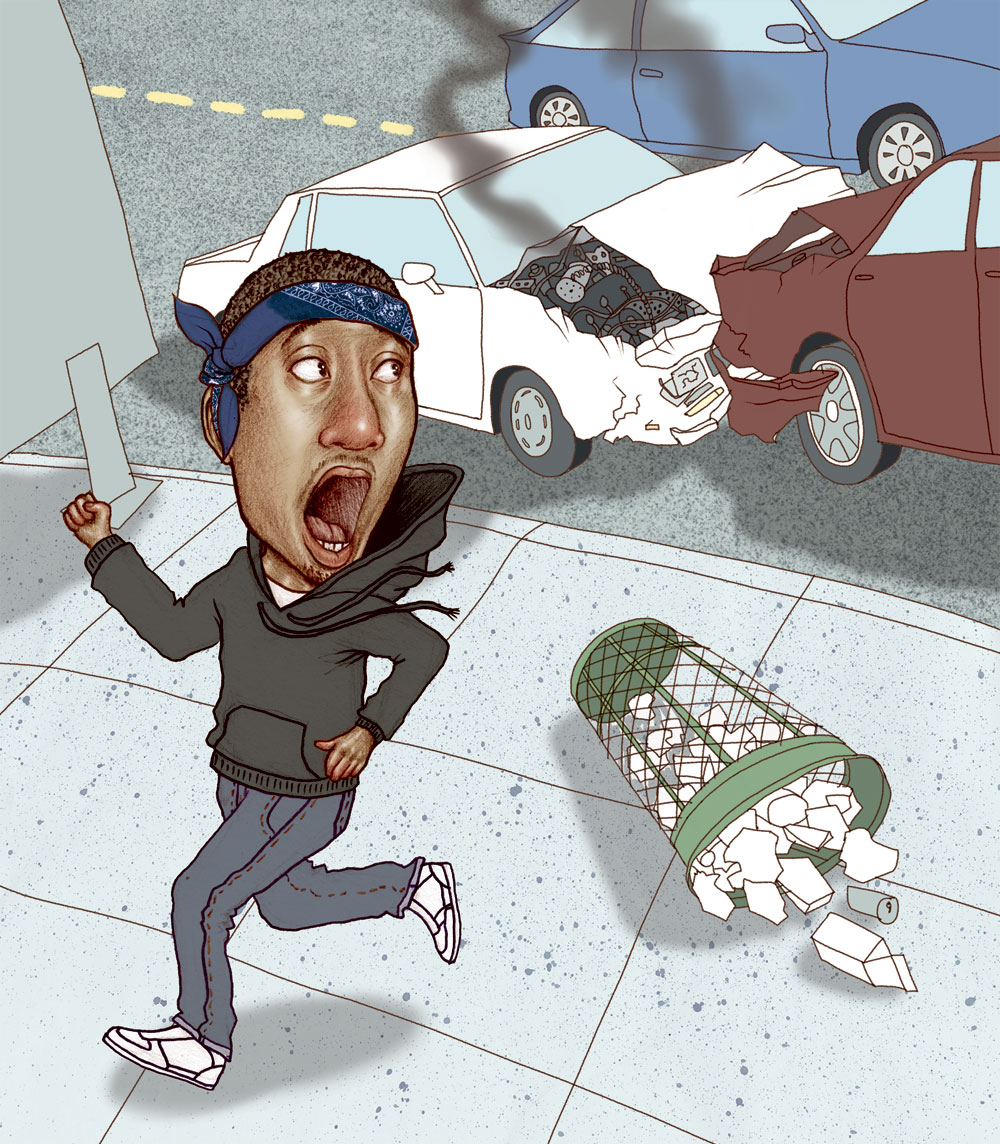 As told to: Toshitaka Kondo

“We were stealing cars when I was 13 or 14 years old, and actually, that’s how I learned to drive. One time I was joyriding in a Chevy in Bed-Stuy, [Brooklyn]; I don’t remember the model, though. It had tilt steering, because when we’d steal them, we used to pop the tilt. It was a newer model back then. It was three of us that day, including myself. We were driving around all that night for maybe three or four hours. We got the car kind of early, because the accident happened at 12 or 1 A.M. We were driving that shit everywhere. We would go to girls’ blocks and pull up like it was our car, and go to other neighborhoods and do the same thing. We were stunting, just holla’ing at girls and our peoples, and going to the gas and food spots.

“I was driving down Bedford Avenue, and it was three lanes each way. I got to Bedford and Monroe and smashed into the back of somebody really hard. I was supposed to be stopping, because I was coming to the light. I dipped around one car and didn’t see the car in front of it, and I went right into it doing maybe 20. I’ll never forget how the whole hood flew up and was bent, and my friend hit his head. I was shook up for a minute. Then we just jumped out and ran. We didn’t even try and figure out what was going on with the other car—got out and left the motherf***er. At this point in my life, we were running from police every single day.”