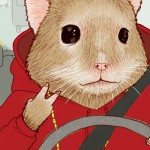 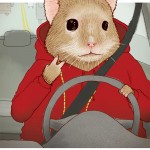 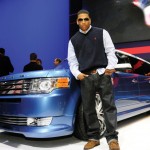 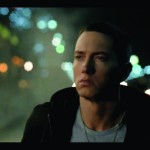 rides cars rap hip hop advertising where is the love 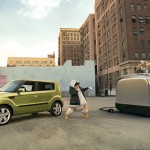 Since its beginnings, hip-hop has had a love affair with cars. Despite thousands of bars paying homage to Jeeps, Lex coupes, Bimmers and Benzes, automotive companies have been slow to market their products to the hip-hop nation. Sure, there have been a few nods—some good (Common’s 2008 Lincoln endorsement) and some bad (Toyota Sienna’s Swagger Wagon ad)—but considering how many whips rap fans buy, they have been few and far between.

This seems to be the year that car companies are finally targeting the under-40 demographic with their advertising and marketing dollars. The delay can be attributed to a variety of reasons, but Lisa Llewellyn of The UniWorld Group, Ford’s African-American advertising agency, chalks it up to car companies’ normally conservative stance on advertising. She says, “Unlike soft drinks or sneakers, an automotive purchase is more costly and considered. More is at stake for the brand when you make the decision to use a spokesperson in advertising and marketing efforts, whether this individual is in the hip-hop world or not.”

Newer companies, such as Kia, are more likely to take chances with their ad budget. And as controversial as hamsters in gold chains and sweat suits are, Kia Soul’s 2010 award-winning “This or That” ad, featuring Black Sheep’s classic “The Choice Is Yours,” has to be partially credited for getting the hip-hop advertisement ball rolling.

However, before the hamsters were let out of the cage, Honda pulled an unlikely move by signing then-underground rapper Mickey Factz to endorse the 2009 Civic. Honda has always skewed their advertising toward younger buyers, but this was the first time they had gone all out hip-hop. Two years later, they reached out to the Roots—who had previously licensed their song “Dynamite” to Volkswagen nearly a decade ago.

Not to be outdone by their foreign counterparts, Ford and Chrysler utilized Grammy Award–winning, multiplatinum rappers Nelly and Eminem to push their 2011 vehicles. While Nelly’s ad promoting the new-body-style 2011 Explorer was a comedic effort, Chrysler took the inspirational route with their “Imported From Detroit” campaign. The two-minute spot starring Eminem was one of the most successful ads on Super Bowl Sunday—garnering more than 10 million YouTube views. Ironically, the brand claims they did not purposefully partner with the “biggest rapper in the world” to attract younger buyers. “Our hope with the concept was to celebrate our roots as a company, elevate people’s perception of our company and the brand, and reintroduce ourselves to consumers,” says Melissa Garlick, head of Chrysler brand advertising.

The bottom line for any business in America is that it all comes down to money. Just as Jay-Z’s “Imaginary Player” singlehandedly shot up sales of the Range Rover 4.6, hip-hop-themed ads have seemingly increased sales for each company that took the risk. Kia has reported that year-to-date sales are up more than 50 percent; Chrysler has reported that month-to-month sales of the 200 increased 191 percent after Eminem’s Super Bowl commercial; and as of May 2011, Explorer sales were up for the fourth straight month. As long as the numbers make sense, Detroit and Tokyo will most likely continue to enlist your favorite rapper to hawk their whips. Our only question: When will the rest of the car companies get onboard?