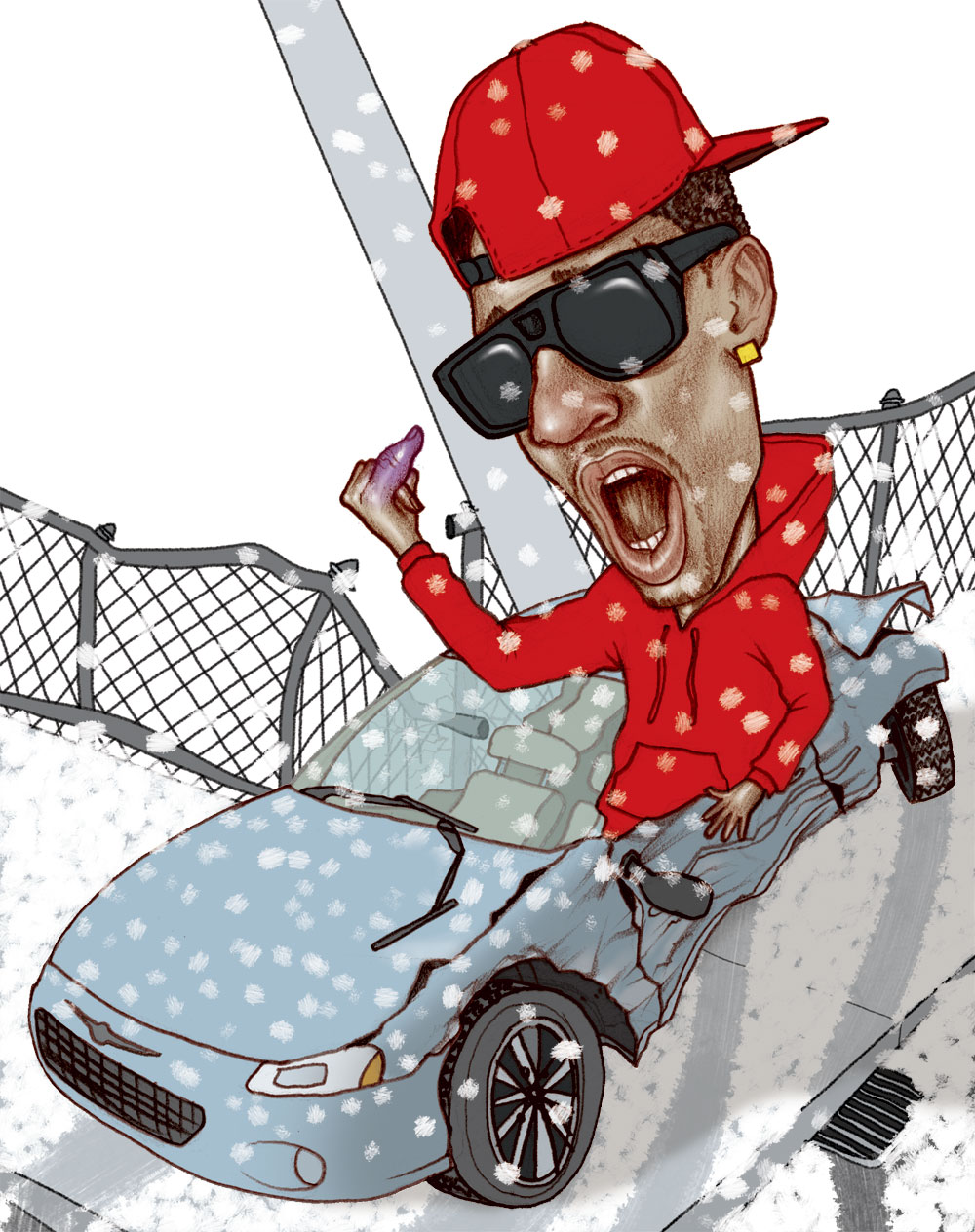 As told to Toshitaka Kondo


“It happened in ’04. This was my first car—a 2002 metallic blue Chrysler Sebring my grandmother gave me. We had a half-day at school, so I went to my girl’s house. My mom told me, “I need you to take me to drop off my car so it can be fixed—it’s important.” But I lost track of time. My girlfriend lived on the east side of Detroit, and I lived on the west side. I was an hour late, so I was rushing in the snow. I took some residential streets as shortcuts because there was traffic. There was an intersection where one side had a stop sign but the other didn’t. I had the right of way, so I wasn’t being cautious.

This girl driving an older Ford Thunderbird the opposite way disregarded her stop sign, going like 50 mph. The front of her car hit the side of my car, which caved in both doors. That knocked me into a phone pole, which caved in the other side, and that knocked me into someone’s fence—and the fence went through the window on the passenger’s side. When it was all over, I climbed out the window. My pinky was bruised up and my neck was tight, but I immediately said, “Thank you, God,” because it looked like someone [could’ve] died in my car. It was totaled. Insurance gave us the money, and then my grandmother put a little money in and bought me a 2005 Chevy Impala. But I was without a car for a long time, because it took a while to get that insurance money.”