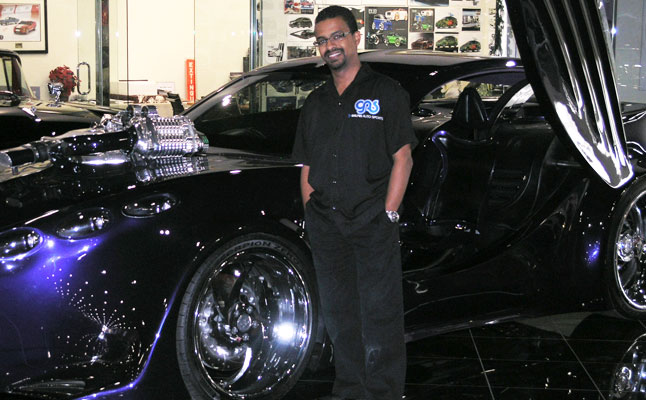 Starting his driving career in an ’82 Escort—his current daily vehicle being a new Mustang GT—Tedros Mengiste is the very defini- tion of brand loyalty: “I never owned anything but a Ford.” With Ford blue coursing through his veins, it was only a matter of time before Ted landed a job at his favorite car company as product marketing manager.

When the time came for Ted to leave Ford in 2010, he managed to stay true to his roots by joining the team at Galpin Auto Sports. Galpin Ford was one of the largest dealers in the world, and his wife had been accepted to the University of Southern California, in Galpin’s stomping grounds, so it seemed like the proper transition. “It’s like it just worked out,” explains Ted.

Ted was no stranger to the Galpin family, having worked as a representative for them earlier in his 13-year span at Ford, and he already had ties within the dealership. As “head director” at GAS (a name has yet to be given to his actual job position), Ted took his knowledge of the Explorer that he helped design while working at Ford and fabricated a GAS makeover for SEMA. Ted and the team at GAS had a specific theme they were shooting for: James Bond. “We wanted to accentuate the business end of it but still have the DNA—that it’s a tough, masculine SUV.” With more Ford works of art in the build process, it won’t be long before the next creation comes from GAS, which Ted is sure to have a major part in.