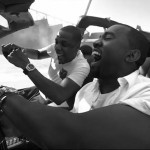 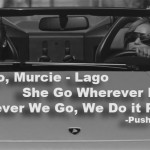 10. An extremely popular lyric, we did find it interesting that the G.O.O.D Music crew did a song about the prior generation Lamborghini virtually right around the time when the new Aventador hit the streets. 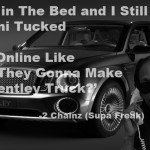 9. This line was ironic because we’re sure when 2 Chainz wrote it, the intention was in jest. Low and behold, a few months later Bentley dropped the EXP 9 F at the Paris Motor Show. TRUUUU! 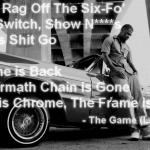 8. Game’s lyrics are jam-packed with Lowrider references, so if you’re a true Game fan you could probably give us ten more off the top of your head. 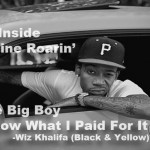 7. An oldie but goodie, back before Wiz went all Cruella Deville on us, we respected the fact that he whipped his yellow SRT8 Challenger around like a kid in go kart. 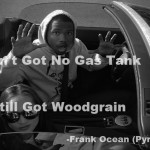 6. The black sheep of our list, the jury is out to what exactly Mr. Ocean meant by this. We can only assume he’s referring to a high-end electric car with a woodgrain dash. 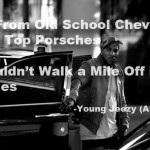 5. Classic line in the South, props to Jeezy because even though he pushes Lambos these days, he still has a few old school Chevys 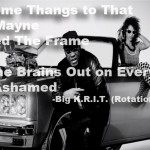 4. KRIT is an office favorite at RIDES and his car references just make him that much more dope. 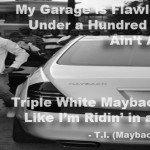 3. T.I. is another rapper that boasts volumes of vehicular mentions in his rhymes since the days of 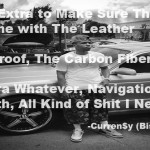 Arguably the best rhyme-for-rhyme car rapper ever, Curren$y professes his love for both foreign and domestic cars alike on virtually every track. 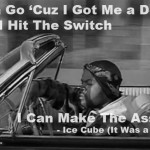 1. One of Ice Cube’s most famous lines, in the ’90s Cube had everybody wantin’ to hit the switches.

Hip Hop has been intertwined with custom car culture since its inception and for the past few decades rap lyrics have been littered with vehicle references. From simplistic, vague hints to full-on detailed descriptions, our Top 10 Car-Related Rap Lyrics span the spectrum. Which one is your favorite? Do you agree with our list? Let us know!