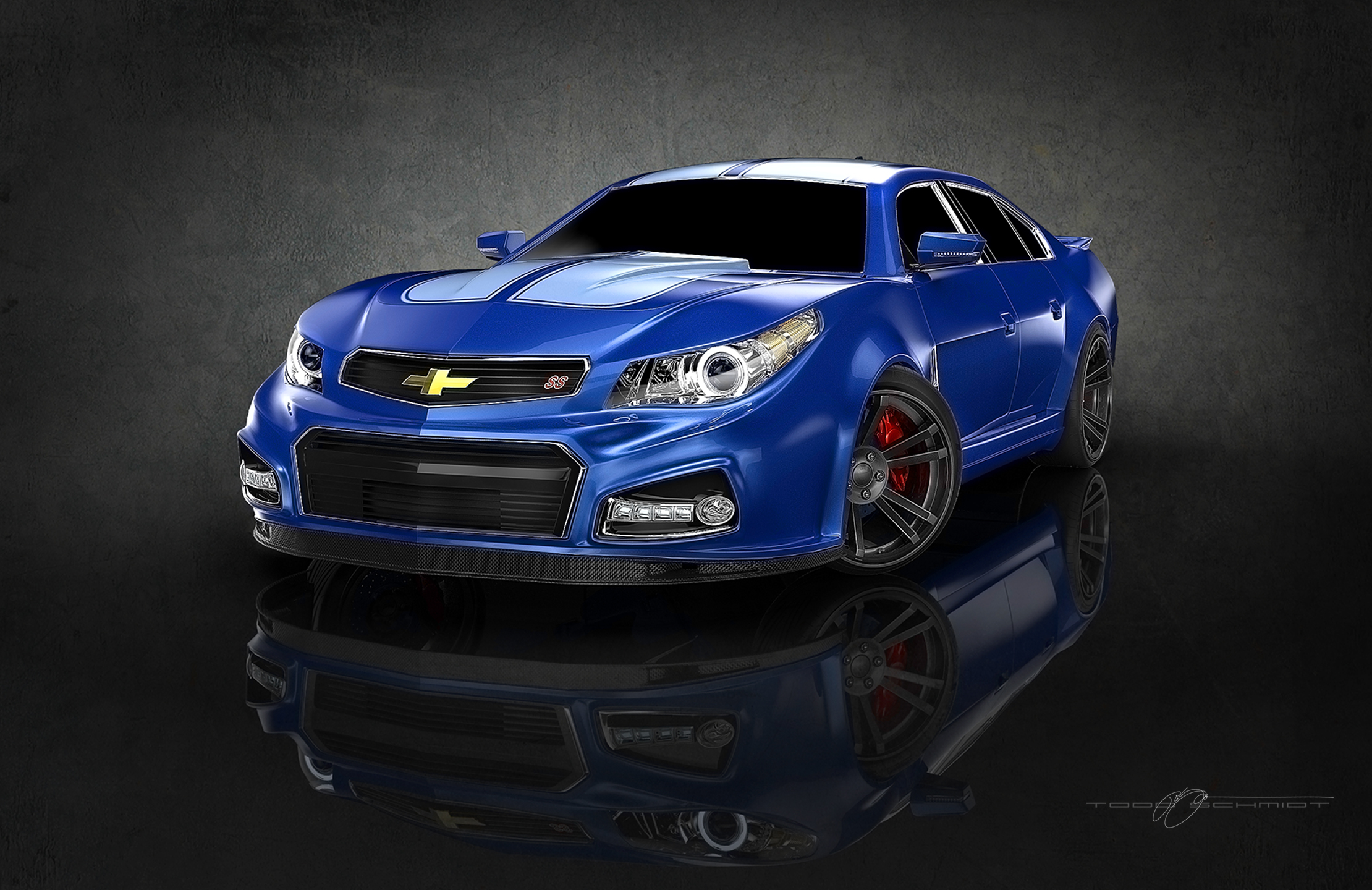 “RIDES Rendered” is a new series we’ll be bringing to you every month or so here on rides-mag.com. We’ve enlisted the help of our good friend and world-class graphic artist Todd Schmidt to mock up what we think various future cars will look like when they finally hit the pavement, based on spy photos, concept cars, racing versions and pretty much any other piece of information we can find. First up is a whip we’re really looking forward to meeting: the 2013 Chevrolet SS performance sedan.

Built on the same architecture expected to sit beneath the next-generation Camaro, the SS—due to be revealed next February—is a rear-wheel-drive, V8-powered sports sedan the likes of which GM hasn’t unleashed since the CTS-V arrived. Chevrolet has implied that we should think of the SS as a four-door Corvette, so expect premium features (and a premium price tag), an engine output of at least 450 horsepower and maybe, just maybe, a manual transmission. If it packs that kind of power and looks half as badass as our rendering does, well, we might have a new dream car.