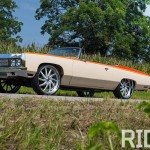 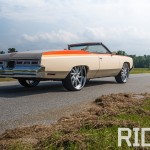 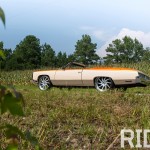 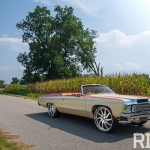 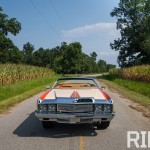 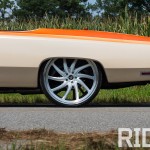 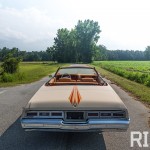 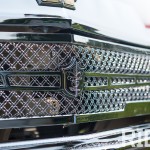 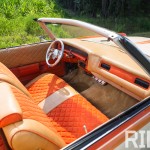 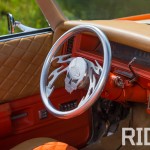 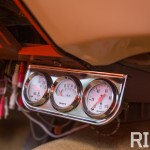 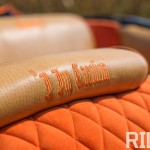 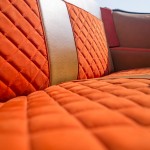 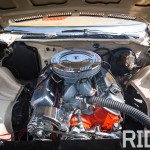 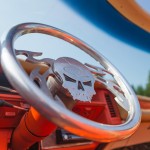 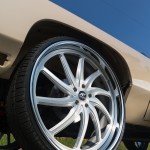 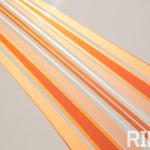 When it comes to building old cars, the beginning stage can vary drastically. Some start with a rust-free barn find, others with a fixer-upper. And on rare occasions, you begin with virtually raw metal. With this build, In and Out Customs of Orangeburg, South Carolina, found out firsthand how to build a car literally from the ground up, as they didn’t have much to work with from the beginning.

Donk, Box & Bubble vet and owner of In And Out Customs, Mendez (Z06 Donk, page 46) has tackled many Donk projects but none where he’s had to start with so little. With the owner—a friend of Mendez’s who goes by the name Country C—having purchased the vehicle in 2007, the next few years were madness as he transported the Donk from shop to shop in hopes of finding someone who would properly process his heavy Chevy. Finally, after sitting in the paint shop for more than two years, Country C entrusted Mendez and the In And Out Customs crew to do his Donk justice. “When we picked it up from the body shop, it had no glass, no window motors, and it didn’t even have a dashboard or steering wheel!” says Mendez. “It didn’t even have the front suspension. It was literally just the body, and we had to start from scratch because the body shop lost all the original bolts.”

Even though the naked ’vert was missing mounds of important parts, Mendez and his crew turned lemons into lemonade and used it as an opportunity to try new things. For example, due to the missing bumper fillers, Mendez took a page out of Chip Foose’s book and flushed the front and rear bumpers to the body—something you hardly ever see on a Donk. Another interesting and rare feature that only true Donk aficionados would catch is that this particular ’vert is a bit of a half-breed, and it is why Mendez refers to it as a “1973.5” model year.

“The car is technically a ’74, but the front end was missing, and we didn’t want to wait on getting another one, so we put the ’73 front end on,” says Mendez. To add to the oddity, the In and Out squad also removed all the chrome moldings—which is usually the first thing most true Donk riders opt to retain—so that a custom two-tone paint job could be applied. “He was eating a cantaloupe one day and said he wanted a cantaloupe Donk,” says Mendez. “He also travels to Los Angeles a lot, and he likes how they do cars out there, so he wanted the pinstriping like the lowriders have.” The end result is a unique ride that dares to test the traditional mold purists perceive a Donk should fit into, transcending the traditional guidelines while carving its own lane in the game.