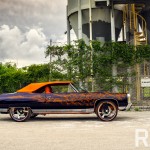 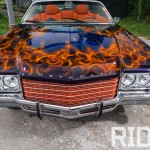 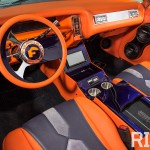 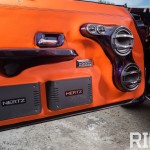 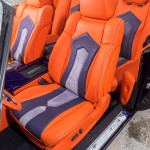 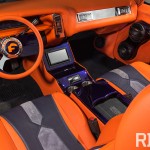 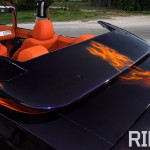 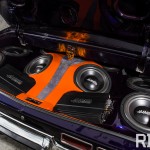 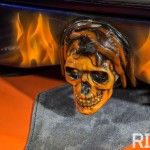 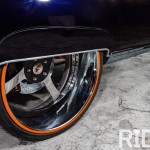 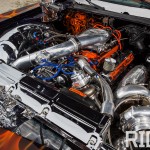 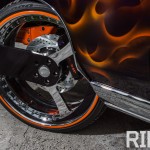 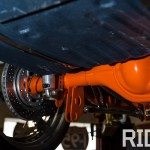 Custom Donks have always had an O.G. aspect to them, taking hints from lowrider and hot rod culture alike. Just as Donks evolved from an earlier trend, today’s version has evolved as well, with everyone in the game striving to do something different. But in doing so, the Donk game has turned into a culture that is at times formulaic: big wheels, custom paint and a legit motor. I95 Motorsports, however, set the game afire with this 1971 Chevrolet Impala.

With this build, Kenny of I95 Motorsports went against the trend and passed on candy, instead going with some extensive airbrushing. Interestingly enough, the car was first completed in 2010, but odds are you won’t recognize it, since it’s only been shown once since. “[The owner] had more going on the outside of the car than he had going on inside of the car, so we had to even it out a little bit,” says Kenny. “Evening it out meant taking some off the outside and putting more toward the inside and underneath the car.”

“More” may very well be an understatement; I95 revamped just about everything on the Donk. “When he put the turbo motor in it, he kept breaking loose the regular 10-inch-wide rims and tires that were in the back,” says Kenny. “He didn’t have enough pad to be able to use the motor, so when we went to repaint it, he was like, ‘Let’s go ahead and do the frame, let’s notch the back, let’s tub it, let’s do frame rails…’” The 434 stroke turbo motor with nitrous is now supported by 14-inch-wide Forgiato Parlaro wheels out back and an undercarriage that has been completely chromed, with the exception of the frame.

On the inside, this Impala reflects its unique outward style by going with three-tone leather Lexus seats: “Orange and two colors of purple,” says Kenny. “It’s the purple leather flipped over making the suede.” The multitoned and textured seats combine with 32 Hertz speakers to round out the inside. “He was trying to keep it an older look, like the car was done years ago,” says Kenny. With the help of I95, he undoubtedly succeeded in building a game-scorching Donk, rich in audio, with a unique interior reminiscent of Donks customized back in the day.