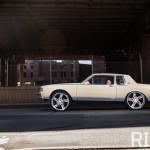 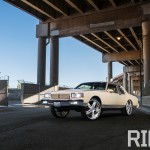 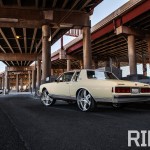 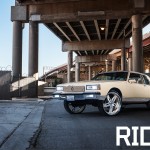 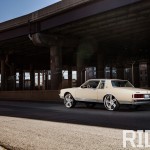 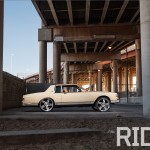 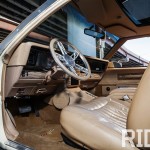 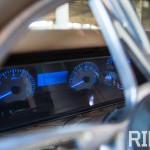 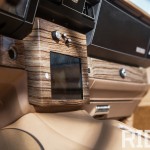 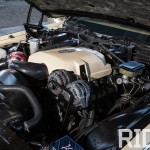 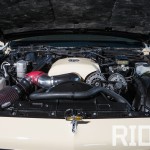 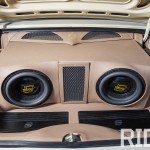 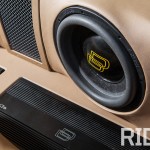 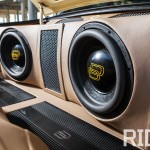 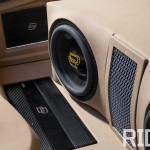 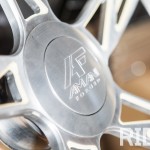 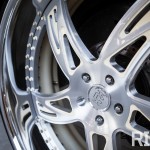 To say boxes are back would be an understatement, especially in the Midwest. And as South Florida has been known for its Donks, the greater Chicago area has certainly become a breeding ground for pristine box Chevys.

Roughly seven years ago, Derrick “Dysco” Williams copped his favorite year model and trim, the 1987 Chevrolet Caprice Landau, which, he explains, came optioned to the teeth. “It was the last year that it came fully loaded,” Dysco explains. “And it’s the last year of the Landaus.”

After copping his Caprice, Dysco let his ride simmer in the garage for a couple years before finally committing to the build. “I originally was just going to change the motor, do some paint and wheels, and drive it,” proclaims Dysco. “But before you know it, I’ve spent all this money and put together a complete car.” Building it as a showpiece to flaunt the expertise of his custom car shop, IC Autospa in Chicago, Dysco knew that if his ’87 was going to represent the business, he had to go all-in.

One of the most noteworthy and unique characteristics of the canary Caprice is its color scheme, which Dysco has fittingly dubbed Banana Pudding. “This is the factory color for the car—we just painted it back [to the] original,” says Dysco. “The interior was this color too; we just redid it in all leather.” For the inside, Dysco and his IC Autospa squad kept it clean and classy while making modest additions, such as the 1996 Impala SS bucket seats and the custom center console with push-button shifter.

For the drivetrain, Dysco coveted something reliable yet powerful and went with the trendy option, an LS-based powerplant. “We got the motor out of a 2010 GMC Denali and beefed it up a little bit,” Dysco explains. “We weren’t trying to go overboard, just something powerful and reliable that’ll go anywhere.” For the shoes, Dysco decided to switch it up and go with something he was certain not to see on the Chi-Town streets. After linking up with DBB vet Sandman of Sandman Designs on some custom pieces for the car, Dysco decided to go with one of the first sets of Amani Forged Sandman Designs Series wheels in a clean brushed finish with painted accents.

With his lavish Landau to his liking, Dysco is satisfied that his box Caprice fittingly represents his shop to the fullest, as well as the Chicago area as a whole. “The Chicago car game has stepped up because of shops like IC Autospa,” explains Dysco. “You have to build cars catered to your taste, and you’ve got to sit with the client and run ideas by them, instead of just doing paint and rims.” With one of the cleanest box Chevys not only in the Midwest but in the entire country, Dysco absolutely aided in helping the game evolve to the next level.