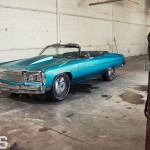 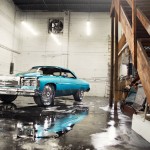 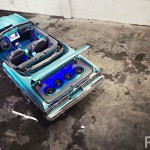 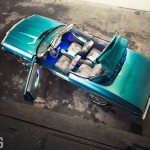 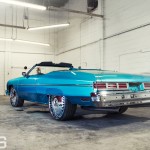 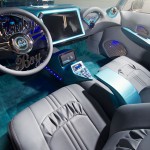 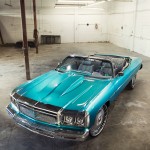 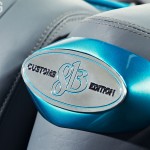 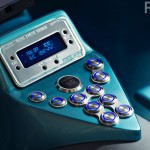 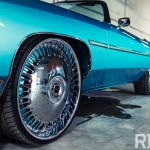 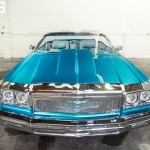 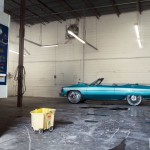 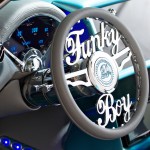 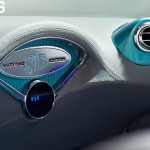 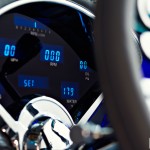 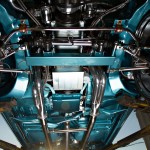 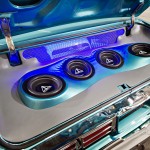 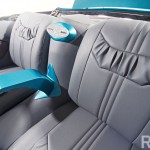 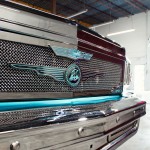 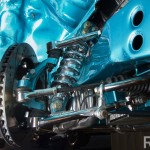 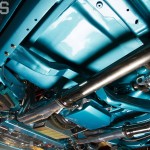 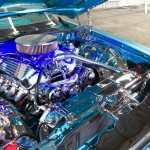 The Donk game was indisputably spawned in the Sunshine State and, unfortunately, that means Donks built outside of Florida are rarely in the running for the top spot. And as certifiable as this automotive prejudice may be, occasionally there’s an impressive outlier that shakes things up—and this Charlotte-based Caprice could quite possibly be the one to turn the Donk game upside down.

Charlotte, North Carolina, native “Funk” traveled to Milwaukee, Wisconsin, to cop his first convertible in 2008, after previously having owned a hard-top. “I had a ’74 back in 2004, when the big-wheel thing started,” explains Funk. “Back then I always wanted a drop-top, and I said when I got one I would do it the right way, from top to bottom.” Instead of farming the build out of state, Funk kept it close to home, entrusting a local shop, Marcia Body Shop in Charlotte. The crew at Marcia disassembled the Chevy, separating the body from the frame for a complete restoration. Funk had aspirations of boasting something far beyond the basics, taking a page from the Lowrider handbook in having the crew paint the Caprice’s frame and chroming virtually every suspension piece.

The non-negotiable piece of the puzzle for Funk was having the proper power under the hood. “I had to have my motor right,” he proclaims. “That was the most important thing to me.” Funk ordered a 496 big block, transmission and rear end from Tim at Doug Herbert Performance Center in Concord, North Carolina, which certainly filled the void behind the frame rails.

Once the exterior and power plant satisfied Funk’s specifications, he then searched for a viable shop to re-create his guts and deliver him the audio/visual effect he desired. Thankfully, Funk opened up a Donk, Box & Bubble magazine and stumbled upon 813 Customs in Tampa, Florida. After talking with Danny at Gulfcoast Dzigns, Funk eventually got Joe Barravecchio at 813 Customs on the phone.

“He initially wanted to do an all-white gator interior,” explains Joe. “I advised him against this, because not only is white hard to clean, a car like this deserves something classier.” The guys at 813 were inspired by the craftsmanship bestowed upon the aqua automobile and handled it accordingly. “I’ve never seen anyone put this much detail into a Donk,” says Joe. “Every nut and bolt was new and chrome—it’s amazing.”

The crew at 813 created an interior inspired by a ’57 Chevy with a new-school twist, resulting in a custom yet clean aesthetic that sets off this stunning Caprice. For the shoes, Funk stayed true to his love for spinners and went with a set of 26-inch DUB Billionaires. “I’m a DUB man, and after I saw those, I had to get ’em,” explains Funk. “I’ve actually had those wheels since 2010, when I first started to work on the car.” As this flawless ’vert sits, it’s as close to complete as any Donk has ever been, which has prompted Funk to start planning for the upcoming car-show circuit. “I’m just gonna hit up some car shows and enjoy the car,” he says.

And as Joe from 813 can attest, this sexy ’75 is going to break a few hearts out there. “I think it’s a game changer,” proclaims Joe. “It just may make a few people go back in the lab!”