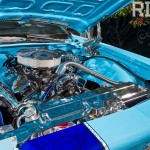 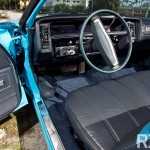 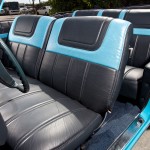 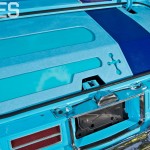 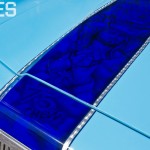 Some Donks are built to stunt, others simply for the love of the game. And in rare occurrences, they’re built in memory of a loved one. Lamont of Pompano, Florida, owner of this Carolina blue ’75, has a story deeply rooted in family values. The most miraculous aspect of his situation is that his family bought the Caprice Convertible brand-new off the showroom floor in 1975. To put things in perspective, a fully loaded 1975 Caprice Convertible at that time cost more than a Corvette and was definitely a symbol of prosperity. In addition to the vintage Caprice’s heritage, its customization is pure dedication. In October 2008 Lamont’s mother, Naomi, passed away, and in his eyes, the most fitting method to commemorate her was to reinvent the family ’vert in a fashion she would appreciate.

Lamont took the Caprice to Kenny at I-95 Motorsports in Ft. Lauderdale for the conversion with only two requirements: The car was to remain blue, and it needed to encompass a tasteful tribute to his mother. The rest was up to Kenny. “He trusted me to do my thing,” says Kenny. “After he told me his constraints, the only time I saw him was when he was dropping off money for the build.”

To Kenny, the paint scheme was simple: an Outrageous blend combined with four coats of clear glazed over top. The tricky part was respectfully integrating a dedication to Lamont’s mother that wasn’t just the ever-so-common trunk mural. What Kenny contrived was something never seen on a Donk: a single, off-center rally stripe running from front to back. “I tried to go a little different with the single stripe,” Kenny explains. From afar, the stripe is merely a navy-blue accent against a baby-blue base, yet up close the intricate details shine through. The stripe is lined by a slim silver-leaf pattern and a hand-painted navy pinstripe. Within the stripe is a multitude of murals dedicated to Lamont’s mother, which he’s sure she would appreciate.

One Response to “1975 Chevrolet Caprice Convertible”