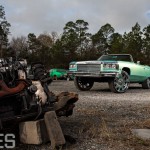 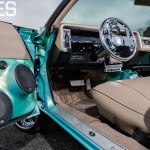 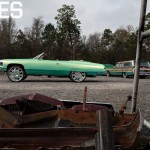 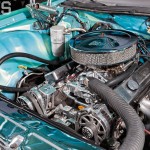 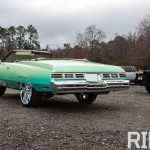 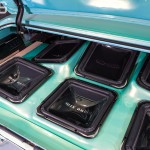 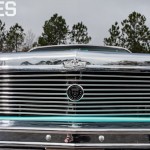 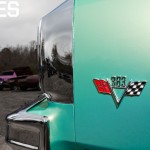 The Donk scene is no different than the rest of the custom-car scene: You won’t please everyone. And when Mr. Eubanks began “fooling around” with his ’75 Caprice four and a half years ago, he was completely aware of this as he took his Donk to Kent’s Automotive in Waycross, Georgia. “A lot of times, to get the attention of the younger generation, you gotta have 47-inch TVs,” says Mr. Eubanks. “You gotta have all kinds of tricked-out accessories popping out. I wanted to upgrade the car but without doing too much to it.”

Simply put, it’s the understated elegance of this Caprice that Mr. Eubanks hoped would get attention from the older and the younger crowds. He kept it clean by not mixing and matching brands, from the Asanti grille and shoes to the MTX speakers, amps and subs giving the Donk an unappreciated touch of cohesive class. “You ain’t gonna leave the house with some Nike shoes and Reebok socks, are you?” questions Mr. Eubanks. “If you ain’t matching, it’s really a waste of time.”

While you gotta get up close and personal to notice those subtle touches that elevate Mr. Eubanks’ Caprice, the Outrageous Daytona Beach paint and stance make it pop from afar. “It’s just a real clean color,” says Mr. Eubanks. “When you see the car sittin’ or ridin’, it doesn’t stand out as just a loud color.” It was that drive to build a clean whip that kept him from going bigger than 26-inch wheels and helped cop the perfect stance. “That stance is everything,” says Mr. Eubanks. “That’s just like if you see a fine woman standing up in some high heels and she ain’t got that stance together, it’ll throw the whole outfit off.”

Having achieved the perfect exterior for his clean look, Mr. Eubanks turned to the inside of his Caprice, where he applied the same thought process in winning over as many people as he could. Opting out of exotic leathers or two-tone patterns, he kept it O.G. with a tan leather interior. “I ain’t want no pleather or vinyl nowhere near my car,” says Mr. Eubanks. Completing an interior look the older crowd could respect, he was safe to take some risk in packing the interior with 20 MTX mids and highs and the trunk with six 12-inch woofers.

It’s impossible to say with certainty if Mr. Eubanks’ ’75 Caprice Classic succeeded in “command[ing] attention from the older car crowd as well as the younger crowd,” but if not, it comes pretty damn close.