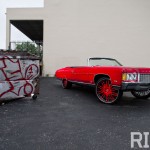 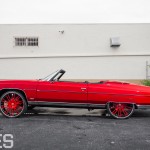 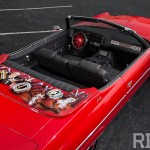 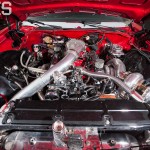 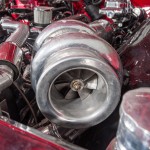 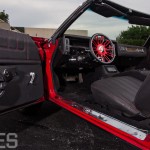 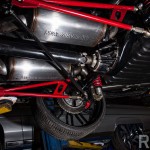 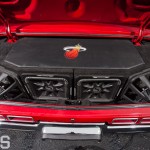 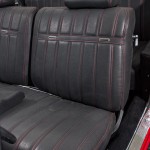 The Donk game has traditionally been more about flossin’ than runnin’—it’s hard for people to appreciate the time and energy that goes into a color-matched set of 28s or a flawless candy paint job when the car wearing it blasts past like an F-22A Raptor. But just because you don’t need heavy-duty horsepower in a proper Donk doesn’t mean people don’t want it—even if it’s just for bragging rights instead of running the Bonneville Salt Flats. These days, it’s not uncommon to see Caprices and Impalas rocking powerboat motors and turbos the size of Stallone’s arms circa Rambo II, and quoting power figures that make even Ferrari’s latest supercar look insecure.

But there’s a lot more to going fast than just strapping a big block under the hood. You need to upgrade everything the engine connects to, everything that stuff connects to and so forth down the line. Which is just what I-95 Motorsports did to this Donk—to ensure it can make the most of its 7.4-liter turbocharged V8’s 1,400 horsepower.

“Truthfully, I can’t list everything,” says I-95’s Bobbie Jo when pressed to name the alterations her shop’s made to this crimson cruiser. But she can name at least a good number of them: complete race suspension, six-piston Baer brakes, extensive powder-coating and a new driveshaft built entirely by the crew at I-95. It’s a potent setup, one clearly capable of conquering most custom whips at the drag strip—and probably a fair number of legit sports cars, too. In fact, this boosted Imp was supposed to race Rick Ross’s half-million-dollar-plus Donk (seen in RIDES May 2012) at one point, but as all too often happens in life, the scheduling never quite worked out.

There was more to this car’s genesis than just rebuilding the mechanicals, though. It turned out to be what Bobbie Jo describes as “a backward build”; the paint and body were done first, only for the owner to then decide he wanted to do a full frame-off job on the car. They also had to redo the original airbrushing on the convertible deck lid, to better pay tribute to the Miami Heat—and then update the mural again earlier this year. “We had to add the ring when they won the championship this year,” Bobbie Jo says. (The owner may add more airbrushing in the future—especially if the Heat wins another title.)

Like we said, it takes a lot to make a Donk that can truly perform—and thanks to I-95, this whip is one of those rare ones that can deliver on what its engine promises. “These cars are completely redone from top to bottom,” Bobbie Jo says of her shop’s performance-minded Donks. “Especially [this car].” Let’s just call it championship spec.