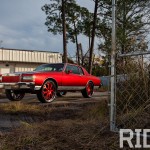 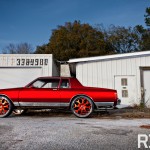 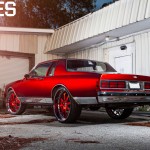 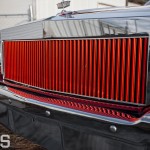 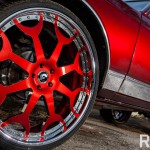 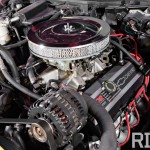 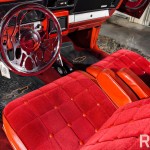 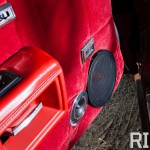 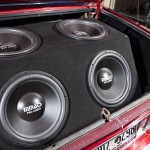 When a manufacturer releases a car for the first time, it may fail or it may take off in popular culture. It’s typically challenging to foresee what attributes will make it hot or not. There’s a very particular feeling that overcomes us when we see a brand-new car that looks good, but why? Well, the basics might come down to: aerodynamics, shiny paint, original style and pleasant color. The funny thing is, though, the novelty of it wears off after a few short years, then looks become out of date as newer, better styles come out. However, there are a select few people who are artistically inclined enough, and tuned in with what’s currently hot, to bring an old car from, say, the ’80s, back to life in 2013—and, most importantly, give it that wow factor that only vibes with brand-new whips. That’s exactly what Kent and his crew at Kent’s Automotive did with this Box Chevy.

One look at it and you’re intrigued, because it doesn’t look like an old car, and it doesn’t look like a nice resto-mod, either. Trying to pinpoint exactly why ain’t easy, but there’s something really special about it. Maybe it’s the stance—dropped a subtle three inches in the back, slightly lifted two inches in the front. Maybe it’s the size of the wheels—not too big, and far from being small, 26-inch Forgiatos. After all, you don’t usually hear people bad-mouthing 26s (though 30s and 32s usually cause differences of opinion). Maybe it’s all about the color. Can anyone deny how seriously vibrant this House of Kolor Kandy Apple Red paint makes the car look? There’s no need for aesthetic add-ons when you have a professional painter like Kent himself making sure the paint fades from light to dark immaculately.

What you don’t notice from looking at it is the way it feels and sounds. Hop in to sit on some seriously comfortable seats wrapped in red suede and leather. They are nostalgically cozy, reminiscent of sitting in a Chevy as a kid with that outdoor scent of fresh green grass near a horse stable in the countryside. Turn the engine on and the 502 big block sounds like a monster, as mean as can be, with a Cadillac grille that suits its personality effortlessly. The specs just keep getting better from there. There are 12 speakers and tweeters in the doors, and almost 100 percent of the trunk space is occupied by four massive 15-inch Mmats subwoofers powered by three amps—so audio quality is tops.

When all is said and done, this Box Chevy is tastefully up to par and can compete with the big dogs of the whip game. It emits serious new car vibes. “She runs like a new car, from county to county,” Wood, owner of this Box Chevy, agrees. “You can just get on the road and drive it like a new car.”