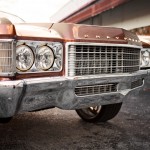 Caged corner lights, wide and tall grille and the only year to have CHEVROLET spelled out on the nose. 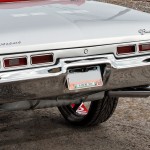 Taillights are separate from the bumpers with six individual lenses, the keyhole is in the middle and the license plate below. Also, the only year to have vents in the trunk lid. 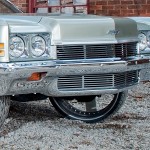 The upper grille is much smaller as the ‘nose’ is much more pronounced. Note: not a factory grille pictured. 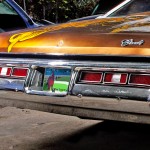 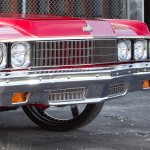 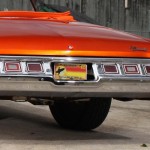 Similar to the ’72 but the lights are more of a square shape. 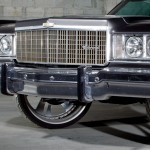 Some say the ’74 is the ugly duckling due to its taller, bland grille that looks more like it’d be on a Cadillac or Oldsmobile. This grille has potential to look great with a little paint, though. 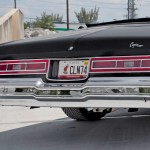 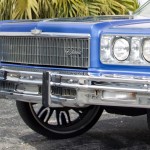 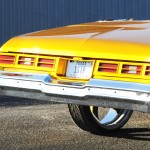 Taillights look the most ‘integrated’ into the body (even though they are separate pieces) than other years. 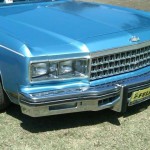 CAPRICE: Possibly the most unique and rare front end for Donks. It is very popular in the Lowrider community to swap to a ’76 front end. The only year with actual square headlights. 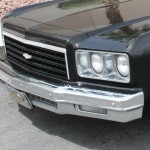 IMPALA: Round lights similar to the ’75s but with a more pronounced nose. 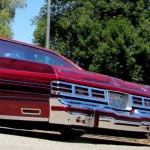 Virtually identical to the ‘ 75. Lowrider pictured via Lay it Low.

As we all know,  a DONK is classified as a 1971-1976 Chevy Impala or Caprice. But unless you’re a member of D.R.O.D., you may not be able to distinguish between the different year models so we’ve decided to throw together a quick reference guide to clear up any confusion!