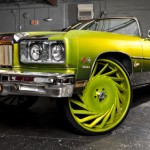 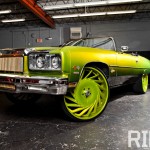 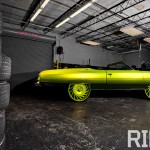 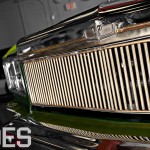 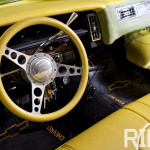 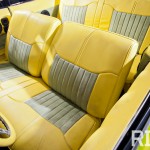 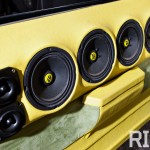 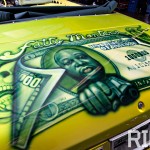 Donks are as unique to the individual as fingerprints—no two are ever alike. The cars are a canvas for the owner to show who they are and where they come from, and perhaps no one captures this spirit better than Fatty with his 1975 Chevy Caprice ’vert. The Fort Lauderdale native got his first Chevy when he was just 14 years old, and not surprisingly for a kid of that age, his mom and he didn’t see eye to eye. “My mama wouldn’t let me keep it,” says Fatty.

Fatty copped his ’75 Caprice 14 years ago, and when he did, he wasn’t going to let anything stop him from keeping it, including the car’s condition. “It was busted up,” says Fatty. “I’m talking about holes in the floor. It looked like the Flintstones’ [car]!” The ’vert has been redone numerous times, most recently by WTW, and has seen pink and purple paint jobs before landing on the greenish hue it sports today. “It’s an old flavor,” says Fatty. “[It’s] a tasty color. A lot of people think it’s green or Spanish Gold, but it’s called Lime Gold.” The Lime Gold, along with the gold-wire grille, gives the Caprice an old-school look. “Where I’m from, we put gold kicks on the car,” says Fatty. Taking cues from his past, there was no shortage of inspiration for Fatty as he transformed the car into a representation of himself.

“When I did [the car,] I was feeling like I was worth a million bucks, so I put a million bucks on my trunk—with my face in the middle of it,” he says. While everyone strives to be different, Fatty does it with ease just being himself. Airbrushing on Donks isn’t often seen, but with the Lime Gold and wire-gold grille, the old-school exterior works with a touch of modern as it expertly tucks custom Asantis.

Being true to himself and his vision for the car, Fatty kept the inside stock looking. “I like the original look,” he says. “I don’t really want to take away from the car; I just want to enhance it and give it my flavor.” Refitting the seats with touches of yellow leather and suede, as well as adding Clarion speakers on the inside and MMATS subs under the seats, he updated the interior without losing the original essence of the ’75. By being true to who he is, Fatty not only created a showstopper of a Donk but one which he calls his “feel-good car,” that he takes out whenever he’s feeling good. Considering he drives it every day, Fatty must be feeling as good as his whip looks.