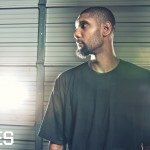 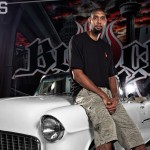 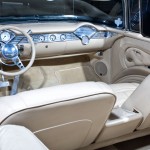 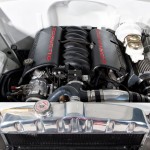 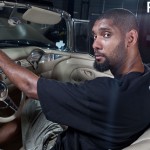 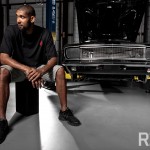 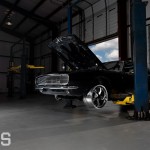 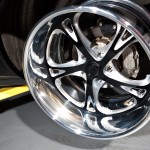 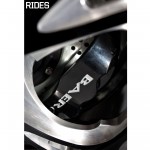 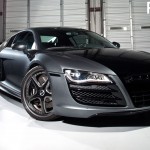 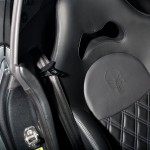 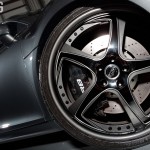 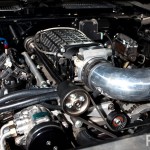 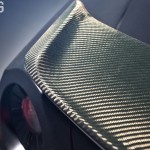 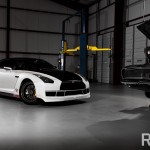 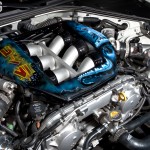 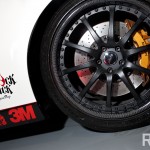 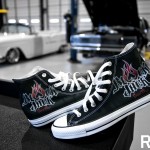 Tim Duncan has a résumé that reads like a fairy tale: drafted No. 1 overall, four NBA championships, three finals MVPs, a 13-time all-star and a list of highlights longer than this article. It’s unreal how much he’s accomplished. He’s a given for the Hall of Fame and yet he remains one of the most humble, down-to-earth, cool, calm and collected people when speaking. He can’t play in the NBA forever, and Duncan knows this. His drive to be successful outside of the sport that has made him a hero and an inspiration to millions is to be his next triumph, with Black Jack Speed Shop being his chance.

As we sat down in a private section of a San Antonio, Texas, dining staple, Duncan, cool as ever, sippin’ strawberry lemonade and still in his basketball-practice regalia, offered his explanation of why he is now so attached to cars and what his vision is for BJSS. So where does his love for cars come from when he didn’t even get into a car ’til he was a senior in college?

RIDES: So you were a late bloomer when it came to getting a car and a license, huh?
TIM DUNCAN: Growing up, I didn’t have any exposure to cars, and I wasn’t a car freak or anything like that. It wasn’t until my senior year in college that I got my first car. But throughout college, I had a buddy who used to let me drive his 3000GT, the Mitsubishi.

The VR4?
Yeah, it was a twin turbo. It was great. So I think it kind of started there—just loving cars and loving horsepower. I had my first couple cars, went through a couple, but didn’t do anything to them. Then I started doing little things: putting wheels on them, doing stereo systems and went from there. I was kind of a late bloomer, and then it came on strong.

You grew into loving cars. Where did the idea of building your own shop come from?
When [the NBA] had the lockout, and I had a couple extra months where I wasn’t playing or working or anything like that. I was just working out. We’ve [Duncan and friend Jason Pena] been throwing around the idea for, like, five or six years, like, “When are you gonna open your own shop?”

You just kept thinking about it?
I kind of got a preview of my life after basketball [during the lockout]. I was like, “Man, I’m gonna be pretty bored if I don’t start setting something up now.”

So you started looking for a place and developing a business plan.
A building became available right where I wanted it to be. I was like, “I’d love it if I could get that building right there.” Sure enough, it becomes available and I get it. And it starts rollin’ from there. It all started ’cause I realized I’m gonna have to do something after I’m done playing, and I wanna do something fun, something I’m passionate about and something I’ll really enjoy.

It seems like you strayed from the centralized area of San Antonio that’s devoted to automotive. What was the reasoning?
It’s where my practice facility is and where I live; I live up in that end of town. I thought we could just hit a whole other territory moving out toward the Northwest. So it was a fun area, and a new area where we don’t believe there is anyone around, and it’s easy access for me. It’s not like I have to go out of my way to get there; I’m gonna be rolling by there just about every day anyway.

What are your expectations for BJSS?
We’re gonna start simple and we’re gonna build from there. First, we want to set up our base and sell the right things, make sure we have the right guys in place for installers, and just put out some quality work so people see what we can do and what we’re about. Then, from there, we’ll get the guys who wanna do bigger projects, who wanna drop their car off and say, “Go to town. Give it back to me when you’re done.” Hopefully, we can build it like that.

When’s the opening date?
It all depends on our construction. When all that is done, when we’re comfortable with saying, “Hey, we’re ready to open the doors.” Hopefully, that is in December. If it turns around, it’s got to be January 1, or until we feel that it’s ready to open up for real, then that’s how it is.

And the name Black Jack Speed Shop—any significance to that?
Obviously 21 is my number, and it’s been part of my identity. I wanted that to be kind of in the name, but not the forefront of the name. I went with Area 21 Motorsports, and 21 this and 21 that, and I was like, “I don’t want 21 to be up front, because I’m gonna be playing for another couple years, then I’ll be out of it.” I want the shop to stand on its own. Black Jack lends to saying 21 without actually saying it. The Speed Shop part of it is kind of old-school and has a nostalgic feel. So we put that together, and that’s what we came up with.

Well, RIDES approves of your endeavor. What’s your go-to ride now?
My favorite right now is my GT-R, ’cause there are so many mods done to it, engine-wise and aesthetics. When my Camaro is running and all together [laughs], that’s probably my all-time favorite. That was my first old-school ride, and that was when I started getting into that part of it and wanting to do something like that. It’s what got me started with all this.