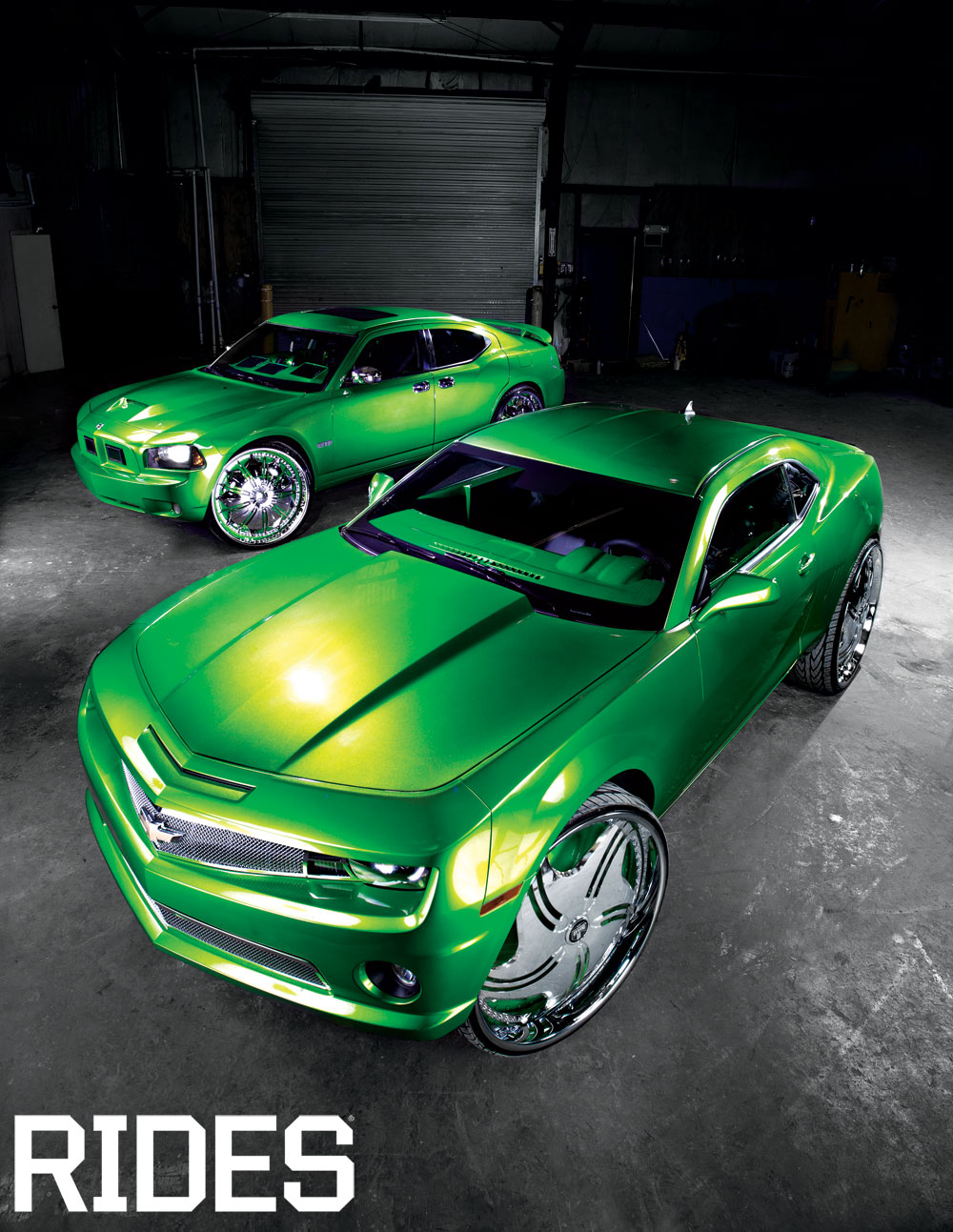 The city of Waycross, Georgia, and the Republic of Trinidad and Tobago have little in common. The climates differ dramatically, the ethnic makeup contrasts starkly and the topography couldn’t vary more. But with all the irregularities, there is one common denominator that connects the two lands: Kent Hamid, owner of Kent’s Automotive in Waycross. Kent, 35, painted his first car when he was 11 years old, living in the Caribbean, and has now operated in the United States for the past decade, gradually creating a name for himself in the custom-car world.

Almost two years ago, one of his prominent customers delivered an R/T Charger mildly customized by a rival shop. Unimpressed with the previous work, the patron implored Kent to contrive a showstopper for the annual Valdosta Easter Classic car show in Southern Georgia. “He wanted us to paint it Kandy green, install as many TVs as we could manage and mount the biggest rims possible,” explains Kent.

To satisfy the customer’s acoustic and ocular fixation, Kent and his crew managed to tactfully position a 52-inch LCD screen in place of the backseat, a 42-inch LCD in the back windshield, multiple LCD screens in the floorboards and even a pair in the grille. To make sure the highs were loud enough to make the competition’s ears bleed, a myriad of Infinity Kappa speakers was startlingly positioned throughout the cabin as well.

Kent’s crew also slightly modified the body and suspension to accommodate the 28s without the appearance of being hacked and lifted. While massaging the body, the crew upgraded the rear doors to suicide status for maximum stunt factor. Given a stringent deadline, he put a crew of six technicians on the task, working around the clock to complete the job. “The build took less than one month,” proclaims Kent. “That’s with two guys on fiberglass, two on paint and two on electrical.” He continues, “If the customer has a deadline, we go to the extreme to make it happen.” Not only did Kent satisfy his customer’s request, but he also dominated a few shows following its completion. “We brought it to a major Atlanta car show and crushed everything,” exclaims Kent like a proud father. “At the time, all the Chargers had 24s, and we had 28s—plus, we had all the TVs, so we definitely shut that show down.”

Check out the green Charger in detail here.

The new Camaro has clearly been the ride of choice to customize since its debut, even passing the Mustang in terms of sales. With wide-body and high-horsepower variants flooding the ’Net and newsstands, the ballers with money to blow on big chrome weren’t yet willing to rip one apart. “As soon as the new Camaro came out, our customer insisted on getting one,” explains Kent. “We looked around to find one that fit our needs and then jumped on it.”

Fortunately for Kent, the client already had a blueprint for the Camaro’s future. “He wanted to make it similar to the Charger—same concept,” he says. “But he wanted to step up to 30-inch wheels, making it the first Camaro on 30s.” Kent understood the ramifications of a build such as this; being first at anything garners the most attention, negative and positive. “It was very important that we modify the body properly for the wheels to fit without it looking hacked up,” explains Kent. “This was a brand-new car that we were working on, and we still wanted it to look like that.” Applying their expertise to the build, the team pulled off the task with precision, swaddling the rims in the wheel wells as close to factory as one could imagine on 30s. Of course Kent chose the Toyo 265/25/30 “skinny” tire to assist in this feat.

To remain consistent with the customer’s malachite Mopar, a vast assortment of Selenium speakers and Mmats amplifiers were amassed to leave anyone within ear’s distance tone deaf. To up the ante for those even imagining building a would-be competitor, virtually every interior piece was removed and treated with the same Kandy lime lick that adorns the exterior. “This car isn’t just paint and wheels,” says Kent. “We went through the whole car—nobody else has done that with a Camaro.”

Check out the first Camaro on 30s here.