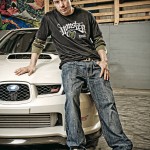 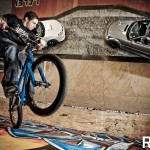 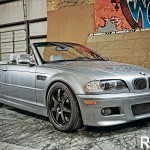 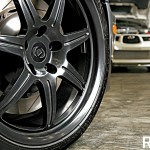 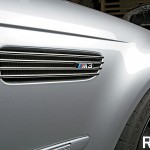 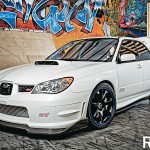 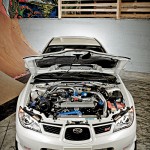 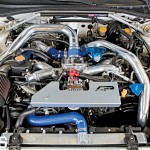 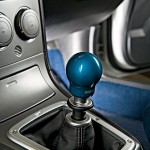 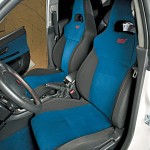 Ask 33-year-old Dave Mirra when he’ll stop riding bikes professionally and he’ll say, “Two years.” He’ll respond emphatically, too,
despite having replied “two” for the last 10. Mirra is a New York native but lives in Greenville, North Carolina, and is arguably the biggest deal in the history of BMX (save for maybe Mat Hoffman). Sponsored at 13, he holds the most X Games medals at a count of 21, twice hosted the MTV reality rehash Real World/Road Rules Challenge: The Inferno and started his own bike company last February called MirraCo. He’s seen the release of his own video-game series, Dave Mirra Freestyle BMX, has been Punk’d by Ashton Kutcher and was even dubbed one of People’s 50 hottest bachelors—after which he promptly went and got married.

See, the thing about Mirra is that he’s humble. Despite the laundry list of accomplishments, he’s not flashy or obnoxious. Unsurprisingly, his whip set mimics his swagger. No candy paint dripping, no systems that make your ears bleed, no monogrammed interiors, no scantily clad, slickly oiled bevy of bitches. For Mirra, that would create far too much drag. His taste runs simple: really expensive modifications that make things go very fast. And whatever he tells you about retiring, the one thing he won’t kick is speed.

Twenty years ago, when you began riding BMX, there was nowhere near as much money in the sport as there is today. So when it was time for you to cop your first whip, what did you get?
Back when I started, if you won, you got $200, and if you didn’t win, you got $50. By the time I was 17, I got some money on tour. I bought a 1984 silver Dodge Shelby. It was only 1,500 bucks, and I thought it was the coolest thing in the world. Every time it started to rust, I would sand it down and spray-paint it. Some girl at school backed into me, and I was so bummed. It cost $1.70 in Rust-O-Leum to fix it, and I remember getting 600 bucks from the insurance and thinking, “That’s unbelievable. That’s what I’m gonna live on.” Man, that car was a piece of shit.

What did you move up to?
In 1993 I got one of the coolest cars, an ’87 Mustang GT. Got it lowered, put wheels on it. Every cent I got went into that thing. That was my start in everything and, finally, I let it go. The transmission went out, so I sold it to some Marine in North Carolina for, like, $2,500.

Obviously, fast whips are your thing, so which car in your stable now acts as the ’Stang’s replacement?
I got an M3 in 2006, and pretty much anything Dinan offered, I did. The lightweight performance wheels, Brembo brakes, suspension, supercharger—there are only 12 in the U.S. like that. I took it up to Crown BMW in Greensboro, North Carolina. It took three weeks, and I put $115K into it.

Damn, that is serious money to put into a car only worth $55K.
At some point, I realized I didn’t have any cars anymore. I used to have this 745 that was just dialed. I missed that car so bad, so I thought I wanted something smaller. I decided to get an M3, got it home and the first thing I did was get on the phone and sink 50 into it. And then 50 more. It wasn’t one of the smartest decisions I ever made, but it was satisfying. The temptation to do crazy stunts in that car must be irresistible. I live in a small town; the roads here are 45mph. It’s tough to go out and “shine,” but I’ve taken out that M3 and gotten it close to 200. Christmas day last year, there was no one around and I had to go pick up some wine. I was in my M3, looking for anything that was open, and it was hilarious because I’m just going full speed in these grocery-store parking lots and doing 360s, like, “Oh, this one’s closed,” and speeding out. It’s a smooth ride.

Tell me you didn’t put a bike rack on it.
Oh, no. I always have a backup for bikes—throw them in the G55. I got the G wagon in 2006, before the BMW. It’s really unique; it’s got character. When you see it rolling down the road, like when my wife drives it and I see it, it just stands out. I love it. It looks like a milk truck.

What’s another unique car you’d like to own?
It’s weird. When you get older, everything’s for sale and you don’t have that emotional attachment. It has value, and I love cars, but I wish you could just lease them for two months, change your mind and get something different. You could do a Ferrari for two months and then a gnarly Porsche.

You’re more into rallying lately than copping luxury sports cars. Is that why you got a Subaru STi?
I started racing rally this year with a Subaru and liked how it handled. It’s a small, tough car, and I wanted something similar. It’s all-wheel drive, so it flies around. I bought my Subaru from a guy in Phoenix, Arizona. It’s been on car-magazine covers, has 500 horsepower. It’s gnarly: big turbo, lowered, rims.

The sport of rally racing is intense, huh?
Rallying 85mph in the woods with snow and ice, sliding around corners; it’s addictive but expensive. To run a turbo car for a year is close to a million. You wreck cars. You’re on these dirt roads, running through trees, and there are so many things that can happen. When you’re on transits, you’re out on regular public roads. You’re rallying for hundreds of miles, 9 a.m. to 9 at night, taking chances
and going as fast as you can.

Your reflexes must be insane as a driver.
I’m a decent driver. Riding a bike the way I ride them—the hand-eye coordination, the precision—everything is measured not in feet but in inches. I work well with that. I did a Long Beach Celebrity Grand Prix last year and won. The year before, Bucky Lasek, who’s a pro skateboarder, won. Me and Bucky picked it up easily. People don’t realize the challenge, how much practice, how much precision you need in action sports. It’s about pushing how far you can go before you crash.

Do you know you’re going to eat shit in a car as quickly as you do on a bike?
You know the second before you crash. It’s crazy how that works. The second I leave the ramp, I know when something’s wrong; right when you take off, you feel that, “Oh, shit.” The car’s the same thing; coming around a corner, if you miss your apex, if you’re just too late, you know you’re f**ked. But racing is my dream—always has been. It’s how I get my fix, so I do it.